Kids from School of Rock reunite after more than 15 years

Dewey Finn's students met up for drinks over the holidays 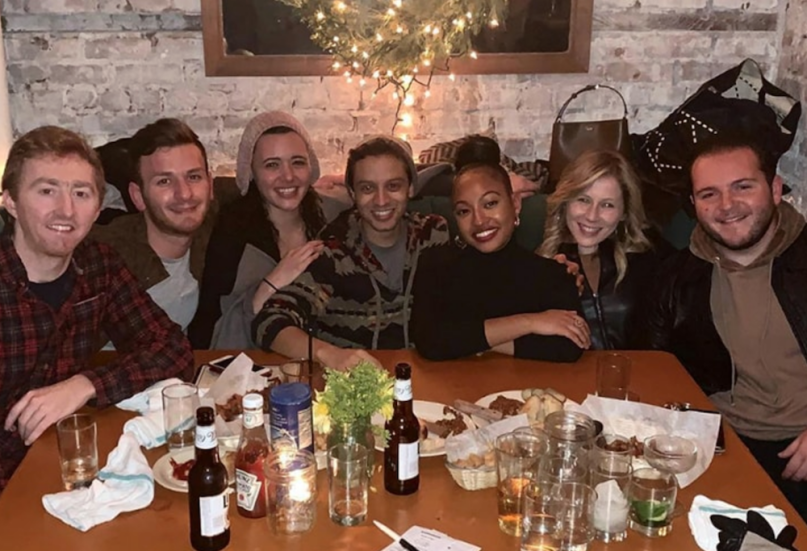 In 2003’s box-office hit School of Rock, washed-up rocker turned teacher Jack Black used the power of rock and roll to bring together a class of young prep school students. And proving that the power of music endures, it seems those same kids are still friends more than 15 years later.

A handful of the School of Rock kids reunited on New Year’s Eve, meeting up for dinner and drinks at a New York City bar. Now well into their twenties, the reconvened group included Brian Falduto (Billy), James Hosey (Marco), Becca Brown (Katie), Zachary Infante (Gordon), and Aleisha Lanae Allen (Alicia). Angelo Massagli (Frankie) and Caitlin Hale (Marta), who appear to be dating, also joined in on the fun.

(Read: What Ever Happened to the School of Rock Kids?)

Speaking to TMZ, Brown said that even when they’re not physically hanging out together, they all keep in touch via a group text chat.

Miranda Cosgrove, who played Summer “Tinkerbell” Hathaway, was noticeably absent, and sadly, Jack Black also missed out on the festivities. Even so, Black’s Dewey Finn likely would be quite proud of his class, as many of his students are still kickin’ it in showbiz.

Below, check out a pair of pics from the School of Rock kids reunion.

Seven School of Rockstars walk into a bar…

Here they are back in 2003 for comparison:

Revisit the trailer for School of Rock, which was directed by Richard Linklater and also starred Mike White, Sarah Silverman, and Joan Cusack.