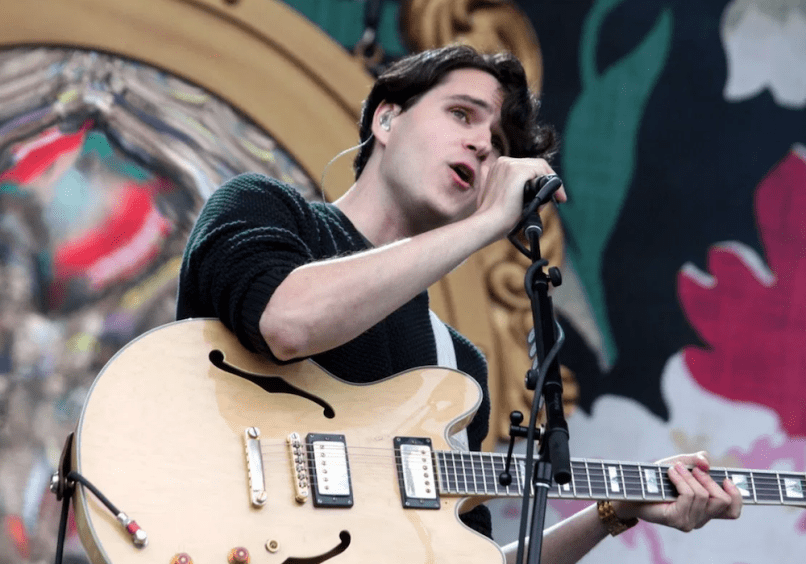 Since Vampire Weekend released their last studio album six years ago, a lot of hype has surrounded them while they worked on a follow-up. The direction of the band was called into question in 2016 when multi-instrumentalist and producer Rostam Batmanglij announced he would be leaving the group he helped form. Now in 2019, fans finally have some assurance that Vampire Weekend are still the preppy, highbrow connoisseurs that they remember fondly with their new song “Harmony Hall”.

“Harmony Hall” takes on the lusciousness of a warm spring morning with frantic guitar strumming and coordinated piano playing. Ezra Koenig’s lyrics describe a feeling of exhaustion, but also of hope to persevere through to the end (“I don’t wanna live like this, but I don’t wanna die”). The instrumentation begins as crafty, but builds up at a steady pace until the chorus lets everything joyfully erupt. Batmanglij may not be an official member anymore, but his production on the song keeps all the ideas enclosed and complimentary. “Harmony Hall” shows that Vampire Weekend can succeed when faced with adversity and the passage of time, which can be fatal for some bands, but for them, it just adds fuel to their sound.

The emo legends’ upcoming third album is becoming all the more promising with the tease of “Uncomfortably Numb”. Vocals from Paramore’s Hayley Williams pair well with Mike Kinsella’s in an otherwise traditional track. American Football continue to prove they have quality material, even 20 years after their legendary debut. —Parker Reed

Vintage cars are the only way Toro y Moi will get around these days in this SoundCloud-inspired jam that is as fast as its eponymous car with a runtime of just over two minutes. Kelly Zutrau’s siren-like singing heats up something fierce to show that when it comes to music, Toro y Moi never stays in his own lane. –Brad Dountz

2019’s favorite pop star, Ariana Grande, takes her majesty to a whole new level on “7 rings”, carefully constructing an anthem to material independence while working around both the melody of “My Favorite Things” and her own fierce, understated backbeat. –Laura Dzubay

The moody, folksy lyrics on “Fuck the Rain” about “a bleached-out heart and a broken smile for the wind” are classic Ryan Adams, but the guitar solo is completely, unmistakably John Mayer; this is one of those songs that makes refreshing use of its inherent collaboration, producing a meditative and well-realized final result. –Laura Dzubay

Sharon Van Etten – “I Told You Everything”

Sharon Van Etten has probably released more material than you realize. However, when compared to her almost 15-year-spanning catalog, it’s not blasphemous to say that Remind Me Tomorrow sits somewhere near the top of her best work, and “I Told You Everything” serves as a gripping opening to one of 2019’s first great albums. –Parker Reed

Flight of the Conchords – “Iain and Deanna”

The comedy folk duo give fans another hilarious taste of their upcoming live album that tells the story of a steamy office romance with their usual acoustic and bass structure left intact, but they get out of their comfort zone when they shred on an electric guitar that actually makes them sound like the rock stars they truly are. –Brad Dountz

The storied songwriter continues to shine with this smokey new single that features tints of Americana within its rock and roll skeleton. Jenny Lewis proves that a good stomp-clap beat doesn’t always have to sound played out. In fact, it can be pretty damn magnetic at times. –Parker Reed

Beck’s discography is sonically scattered to say the least. “Tarantula” leans closer in tone to Morning Phase or Sea Change, and that may be exactly what makes it excel. Taken from Music Inspired by the Film Roma, it almost sounds like the track was recorded in black and white, like the film. Also, there are some low-key U2 vibes going on throughout. Take that as you may. –-Parker Reed