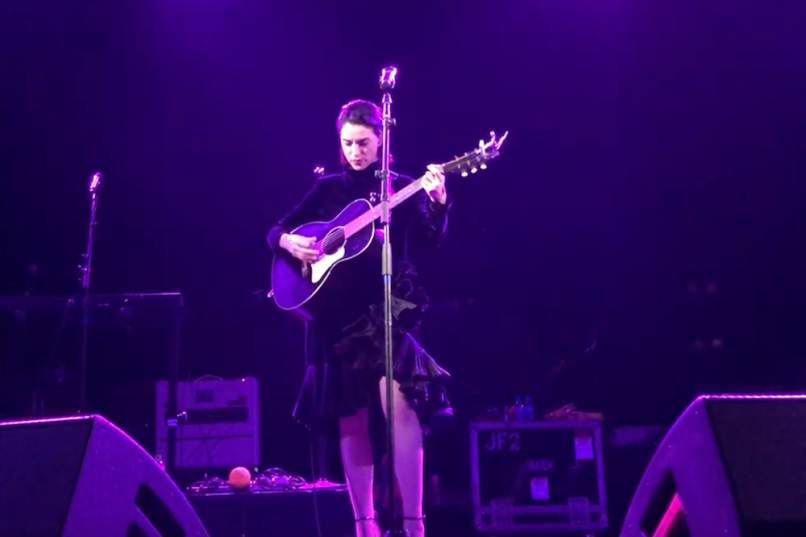 A benefit concert for the the victims of the recent Woolsey wildfire took place at Los Angeles’ Hollywood Palladium on Sunday night. Fittingly, the Malibu Love Sesh featured a bill of artists who, at one point or another, have called California home. St. Vincent was among the evening’s performers and she used her acoustic set to pay tribute to both the Golden State and the Red Hot Chili Peppers, who were headlining the event.

The Masseduction indie rocker also known as Annie Clark surprised the audience by pulling out a cover of the Peppers’ 1992 song “Breaking the Girl”. She also gave a shout-out to the band’s guitarist Josh Klinghoffer, who apparently helped her work out the cover backstage.

“I wanna give a very special thank you to Josh Klinghoffer,” she said towards the end of her cover, as Rolling Stone points out, “for fucking bitching guitar playing, but also for correcting my chords just about 20 minutes ago.”

Recently, it was revealed that St. Vincent would be producing the new album from Sleater-Kinney. In the last few months, St. Vincent has also covered Lou Reed and Blondie (the latter with star power assistance from Dave Grohl and Beck).