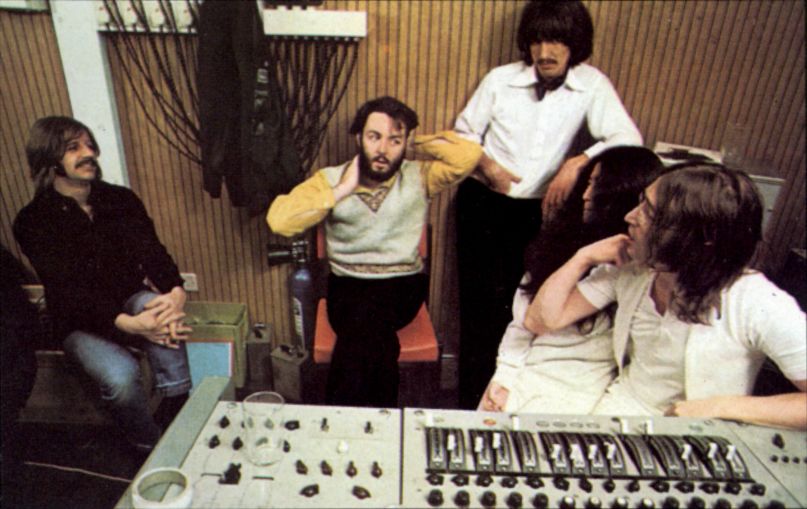 The Beatles recording Let it Be

Today marks the 50th anniversary of The Beatles’ final concert, and the band’s surviving members are marking the occasion with a major announcement. Lord of the Rings director Peter Jackson has been tapped to helm a new documentary on the band’s final album, 1970’s Let It Be.

The Academy Award-winning director has been provided 55 hours of never-released footage and 140 hours of audio taken from the recording sessions, which he’ll will look to restore using the same techniques developed for his recent World War 1 documentary, They Shall Not Grow Old. For that project, Jackson digitally restored 100-year-old footage, adjusted its frame rate, colorized it, and converted it to 3-D.

Jackson says the film will be “the ultimate ‘fly on the wall’ experience that Beatles fans have long dreamt about – it’s like a time machine transports us back to 1969, and we get to sit in the studio watching these four friends make great music together.”

“I was relieved to discover the reality is very different to the myth,” adds Jackson in a press statement, “After reviewing all the footage and audio that Michael Lindsay-Hogg shot 18 months before they broke up, it’s simply an amazing historical treasure-trove. Sure, there’s moments of drama – but none of the discord this project has long been associated with. Watching John, Paul, George, and Ringo work together, creating now-classic songs from scratch, is not only fascinating – it’s funny, uplifting and surprisingly intimate”.

The untitled film is currently in production and a release date will be announced in the future. It is being made with the full co-operation of surviving members Paul McCartney and Ringo Starr, John Lennon’s wife Yoko Ono, and George Harrison’s wife Olivia Harrison.

Following the release of this new film, a restored version of the original Let It Be movie directed by Michael Lindsay-Hogg will also be made available.

For a taste of Jackson’s handwork, watch the trailer for the aforementioned They Shall Not Grow Old below. The film is nominated for the 2019 BAFTA for Best Documentary.