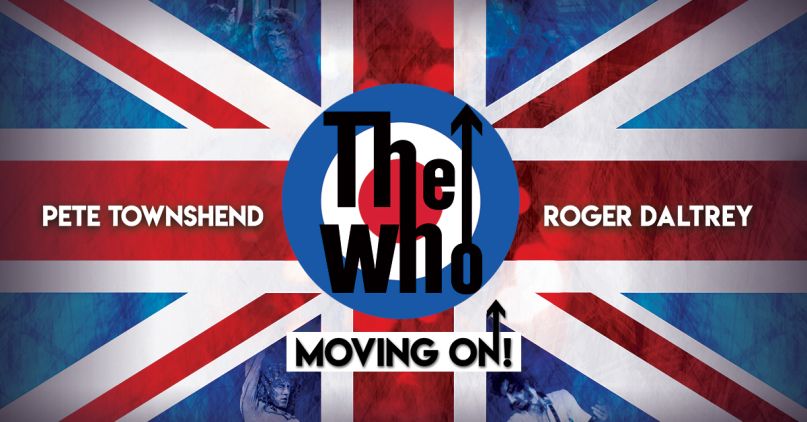 The Who have revealed dates for their upcoming “Moving On! Tour”, a 29-city outing which comes in support of the band’s first new album in 13 years.

The tour is divided into two separate legs, the first of which kicks off in Grand Rapids, MI on May 7th and is highlighted by a date at Madison Square Garden on May 11th. The second leg runs from September 6th to October 13th and includes prominent stops at Fenway Park in Boston, Alpine Valley Music Theatre in Alpine Valley, WI, and two nights at the Hollywood Bowl in Los Angeles.


As previously reported, each date will see Roger Daltrey and Pete Townshend joined on stage by a local symphony. Daltrey told Rolling Stone that the idea stemmed from his own recent solo tour in which he plays The Who’s Tommy with the accompaniment of an orchestra. “I’ll be 75 years old in March and this feels like a dignified way to go and do music,” he remarked. “That’s all we’re really left with. We’re old men now. We’ve lost the looks. We’ve lost the glamour. What we’re left with is the music and we’re going to present it in a way which is as fresh and powerful as ever.”

Along with the orchestra, Daltrey and Townshend will be joined on stage by guitarist/backup singer Simon Townshend, keyboardist Loren Gold, bassist Jon Button, and drummer Zak Starkey.

Tickets go on sale to the general public beginning Friday, January 18th via LiveNation. $1 of each ticket sold will benefit Teen Cancer America.

Tickets will also be available on secondary markets including StubHub.