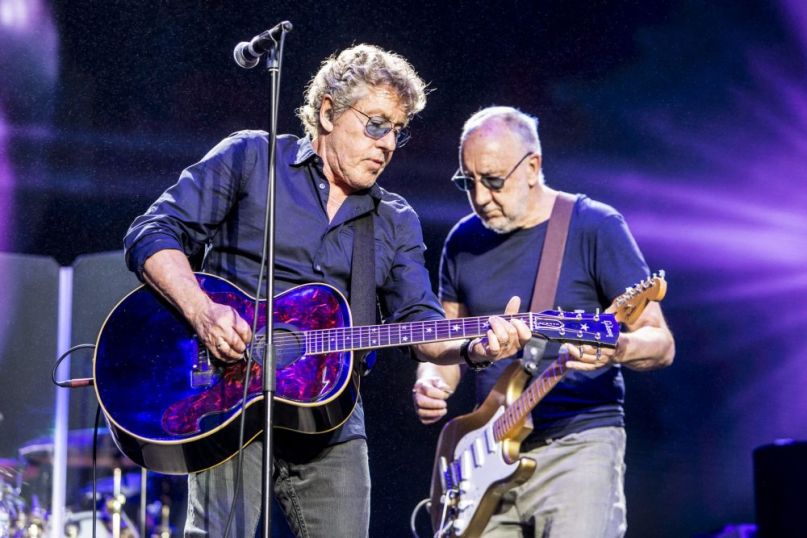 Got a feeling 19 is going to be a good year — especially if you’re a fan of The Who.

In a new interview Rolling Stone, Pete Townshend and Roger Daltrey revealed plans for a new studio album along with a supporting tour.

The as-yet-unfinished album will mark The Who’s first since 2006’s Endless Wire, which arrived four years following the untimely passing of longtime bassist John Entwistle and served as the long awaited follow-up to their 1982 album, It’s Hard – and a sequel to Pete Townshend’s 1993 solo record Psychoderelict.

Townshend described the new material as “dark ballads, heavy rock stuff, experimental electronica, sampled stuff and cliched Who-ish tunes that began with a guitar that goes yanga-dang.” Daltrey will record vocals later this year with the intention of a 2019 release.

The desire to make a new album was spurned on by a lucrative tour offer from Live Nation, according to Rolling Stone. “I said I was not going to sign any contracts unless we have new material,” Townshend explained. “This has nothing to do with wanting a hit album. It has nothing to do with the fact that the Who need a new album. It’s purely personal. It’s about my pride, my sense of self-worth and self-dignity as a writer.”

Beyond featuring new music, the tour will see The Who joined nightly by a local symphony. Daltrey told Rolling Stone that the idea stemmed from his own recent solo tour in which he plays The Who’s Tommy with the accompaniment of an orchestra. “I’ll be 75 years old in March and this feels like a dignified way to go and do music,” he remarked. “That’s all we’re really left with. We’re old men now. We’ve lost the looks. We’ve lost the glamour. What we’re left with is the music and we’re going to present it in a way which is as fresh and powerful as eve.”

The 31-date North American tour will consist of two separate legs, the first of which will take place in April, with a second leg following in September. Specific details will be announced shorty.

Daltrey also suggested that the forthcoming tour may be his last. “I think it is always a mistake to ever say ‘farewell,’ but this will possibly be my last tour,” Daltrey remarked. “I’m just being realistic about going through the 75th year of my life. I have to be realistic that this is the age I am and voices start to go after a while. I don’t want to be not as good as I was two years ago.”

If that weren’t enough, The Who’s longtime manager, Bill Curbishley, has revealed that a long-gestating Keith Moon biopic is finally moving forward. While speaking to BBC Radio (via Best Classic Bands) on Thursday, Curbishley said: “We’ve talked to Roger about that for 20 years but we’re finally there,” he added. “He’s had a couple of scripts over the years that didn’t really suit, but since I got involved with him we went through a couple of different scriptwriters and we’ve settled on a writer called Jeff Pope.”

Pope recently wrote the screenplay for Stan & Ollie, and also co-wrote 2013’s Philomena with the great Steve Coogan. As for who he sees playing Moon, Curbishley wisely suggested that “I’ve fixed on it really being an unknown.”