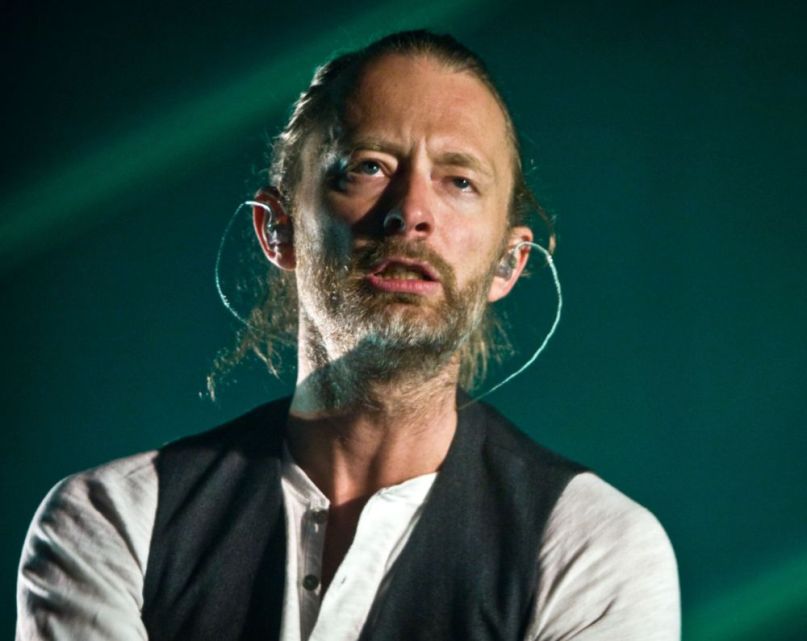 Radiohead will be inducted into the Rock and Roll Hall of Fame in April — however, the band’s frontman, Thom Yorke, will be absent from the ceremony.

In a new interview with Variety, Yorke revealed that prior commitments will prevent him from attending the induction ceremony in Brooklyn on March 29th. Instead, Yorke will be in Paris prepping a piece he wrote for the Paris Philharmonic, which will premiere on April 7th.

“I can’t. I know I can’t, because of these piano pieces that I’ve written,” Yorke explained of his absence. There’s the Paris Philharmonic, so I have to be there for that.”

Yorke doesn’t seem too upset about missing the ceremony, however. Like other members of the band, he’s “always been very blasé about that stuff.”

“We don’t want to offend anyone. We just think that we just don’t quite understand it,” Yorke added. “We’ve had it explained to us, so it’s cool. But we don’t really understand it as English people. I think our problem is essentially that every awards ceremony in the UK stinks. We grew up with the Brits, which is like this sort of drunken car crash that you don’t want to get involved with. So, yeah, we don’t really know what to make of it.”

Yorke doesn’t hold such ambivalence towards all accolades, however, as he is intrigued by the idea of an Oscar nomination. (Yorke’s Suspiria track “Suspirium” is on the shortlist for this year’s Best Original Song.)

“I hope it gets nominated. That would be great, because it was a year and a half in my life, and I worked bloody hard on it,” he said of The Oscars. “So, you know, sometimes it’s nice to be recognized. Sometimes, if you understand what it means.”

Elsewhere in the interview, Yorke reaffirmed his intention to release a new solo album in 2019. “I’m desperate now,” he explained. “I expected to have done it all (in the fall), and it just didn’t happen like that. I’m going to stop beating myself up about it. It will happen.”

“There are a lot of things that I just want to get done now,” he added. “It’s too much in the fire. I wake up every day and I want to just finish stuff. I guess maybe it’s because I’ve hit 50. Time is running out. [Laughs heartily.] Who knows?”