Video surfaces proving R. Kelly definitely knew Aaliyah was only 15 at the time of marriage 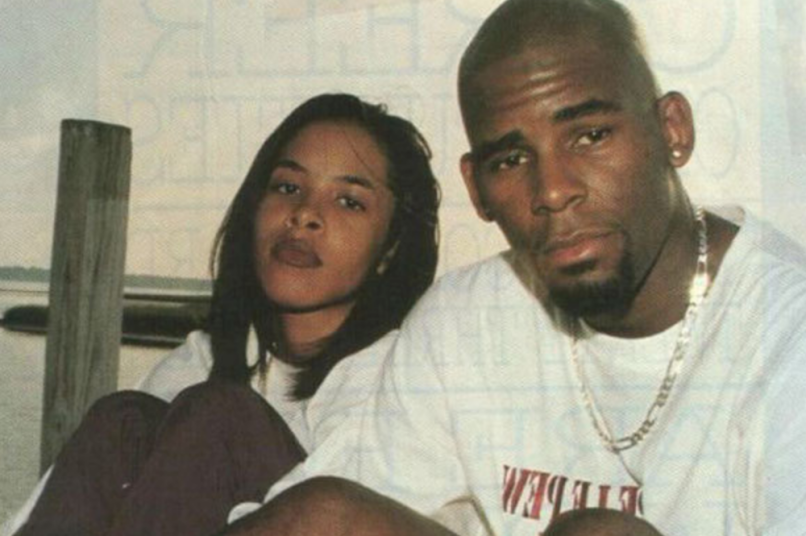 Aaliyah and R. Kelly, photo via The Source

Among the damning revelations to come to light through Lifetime’s Surviving R. Kelly docu-series involves the secret marriage between R. Kelly and Aaliyah. In the series, one of his former tour managers claimed Kelly knew Aaliyah was just 15 years old (thus too young to give legal consent), and that he forged documents so they could be married.

Kelly has long kept coy about the relationship, but his lawyer Steven Greenberg maintains that the singer  was unaware of Aaliyah’s age at the time of their marriage. In an interview last week, Greenberg said it was his understanding “that she did not claim to be 15, and in order to get married, she had to lie about her age.”

Now, new video has surfaced proving that Kelly definitely knew Aaliyah was only 15 at the time of their marriage. Uncovered by TMZ, the clip is taken from a 1994 documentary and unequivocally sees Kelly acknowledging Aaliyah’s age.

Watch the video proof below.

Kelly and Aaliyah reportedly met when Aaliyah was just 12 years old; she was the niece of Kelly’s manager at the time, Barry Hankerson. The two were married in 1994 when Kelly was 27 and Aaliyah 15, but called things off less than a year later. Kelly is credited with writing and co-producing Aaliyah’s curiously named 1994 debut album, Age Ain’t Nothin’ But a Number.

Since Surviving R. Kelly aired earlier this month, Georgia authorities have launched an official criminal investigation into the singer’s sordid history. A number of Kelly’s previous associates, including Lady Gaga, Chance the Rapper, and Phoenix, have condemned and cut ties with him, as well as removed their collaborations from streaming services. His record label, RCA/Sony Music, has also decided to shelve his music for the time being.

Kelly, who’s been accused of holding women hostage in a “sex dungeon,” has not been taking the fallout too well, despite his best efforts to discredit his accusers; he was recently hospitalized for panic attacks.