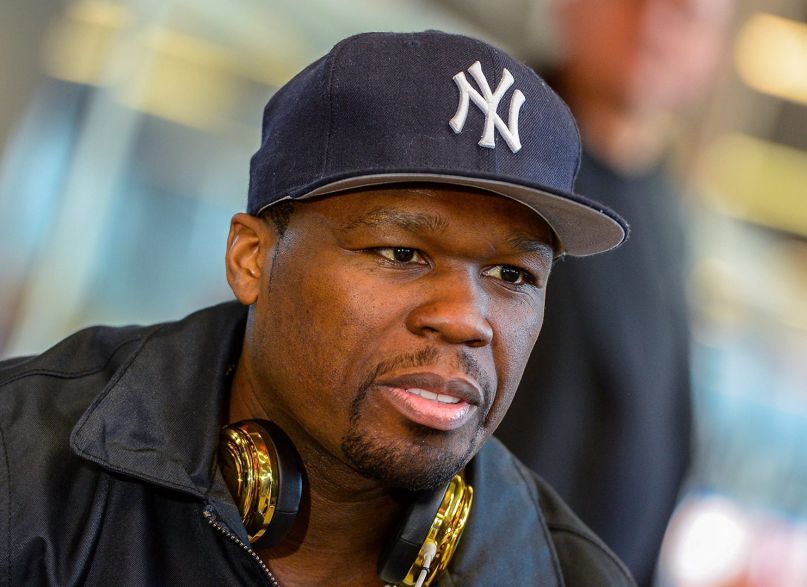 Most of the time, when 50 Cent pops back into the news for something these days, drama surely follows. Whether he’s publicly degrading his estranged son, getting arrested for swearing in the Caribbean, or buying out Ja Rule concerts to guarantee their emptiness, the rapper known most days as Curtis Jackson always seems to find himself embroiled in some kind of public mess.

His latest, however, is more serious than usual. The New York Daily News reports of an NYPD police commander who allegedly threatened Jackson’s life during an internal meeting. According to the Daily News, the Brooklyn precinct commander “is being investigated by the NYPD for allegedly threatening the celebrity’s life — telling his officers at a roll call to ’shoot him on sight’”.

The report continues: “Deputy Inspector Emanuel Gonzalez, the commanding officer of the 72nd Precinct in Sunset Park, allegedly made the threat last June 7th, when the actor and ‘In Da Club’ rapper was expected to attend an NYPD sanctioned boxing match in the Bronx. During a roll call inside the 72nd Precinct stationhouse, Gonzalez told his officers if they saw 50 Cent at the boxing match, known as a smoker, they should ‘shoot him on sight,’ a source with knowledge of the case said … No one recorded the incident, and Gonzalez tried to pass off the bizarre order as a joke. But the matter made its way to police headquarters, which launched a probe.”

It seems Gonzalez’s issues with 50 Cent stems from a prior online incident between the two, which saw Gonzalez filing a complaint for aggravated harassment against Jackson over a dispute on Instagram. Jackson publicly commented on a lawsuit between an NYC club owner and Gonzalez, the owner accusing the commander of shaking him down for money. Jackson later removed the post, but Gonzalez cited fear for his personal safety in the complaint.

Gonzalez reportedly remains on active duty while the probe is being carried out internally.

Jackson, meanwhile, responded to the news of the investigation on Instagram, agreeing vocally with the accusations. In a more formal statement, a representative for 50 Cent said, “Mr. Jackson takes this threat very seriously and is consulting with his legal counsel regarding his options going forward. He is concerned that he was not previously advised of this threat by the NYPD and even more concerned that Gonzalez continues to carry a badge and a gun.”

Consequence of Sound will continue to monitor this story as it develops.