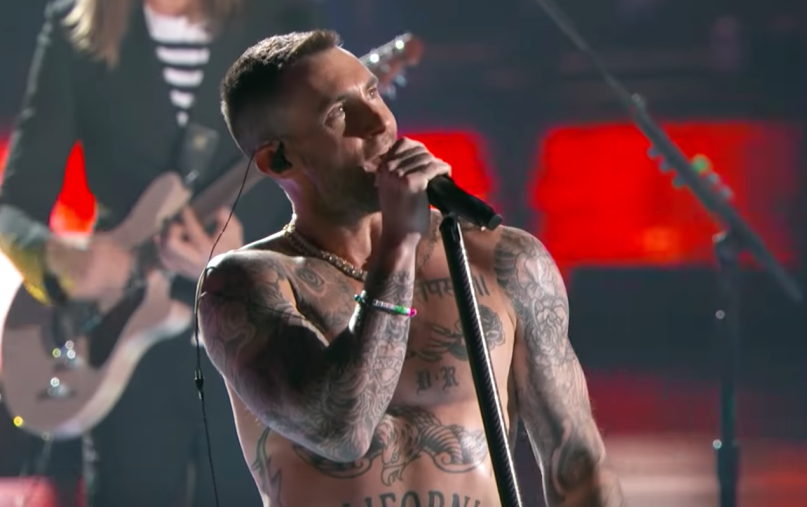 Most in America would agree that this month’s Super Bowl LIIIl was certainly “less than.” Aside from Jordan Peele’s teaser for The Twilight Zone, the most talked about moment of the entire game was, well, Adam Levine’s nipples. If you recall, the Maroon 5 frontman took his shirt off towards the end of the band’s halftime gig, spawning a number of hilarious memes, mostly revolving around his idiotic California tattoo.

Some weren’t so enthused, though, and according to The Hollywood Reporter, more than 50 people filed complaints with the FCC. Some call for him to be banned, others want punishment, but most of the outrage surprisingly stems from the fact that Levine’s exposed nipples haven’t sparked the same condemnation from the FCC that Janet Jackson endured for her own “wardrobe malfunction” during 2004’s festivities.

Of course, the gender bias is right there in the paltry number of complaints. While there’s not an exact number on record of how many complaints the FCC received following Jackson’s nipple slip — The Hollywood Reporter points out the company purges documents after three years — it was widely reported, at the time, that the FCC received over half a million complaints. The difference is staggering.

It’s easy to forget now, but Jackson went through quite the rigamarole following the incident. The FCC fined her $550,000, and while that fine was eventually thrown out, the pop star was plumbed the depths of legal hell, nearly going to the US Supreme Court. What’s more, it damaged her career and she was forced to apologize for the incident, all while Justin Timberlake, who exposed her nipple, experienced a major surge in his career.

Read the small pile of complaints lodged against Levine over at The Hollywood Reporter.