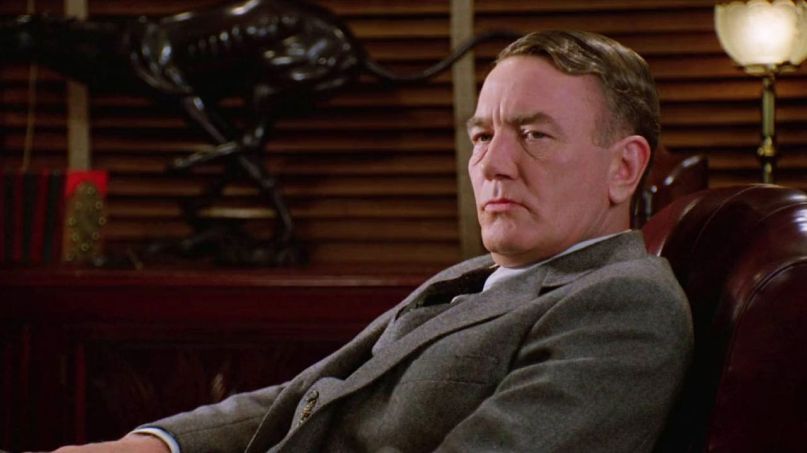 Albert Finney, a five-time Academy Award-nominated actor known for his roles in Tom Jones, Scrooge, Annie, Murder on the Orient Express, Erin Brockovich, and Big Fish, has died at the age of 82.

According to TMZ, Finney passed away following a short, undisclosed illness.

Born in the Charlestown area of Pendleton, Salford, Lancashire, England, Finney was the son of a bookmaker, and naturally went on to embrace the academics, studying at Tootal Drive Primary School, Salford Grammar School, and the Royal Academy of Dramatic Art (RADA).

It was at RADA that Finney was given his first major acting role in 1956, appearing as Shakespeare’s Troilus in the Vanbrugh Theatre’s student production of Ian Dallas’ play The Face of Love. He would go on to graduate and become a member of the Royal Shakespeare Company.

Finney built a career on the stage, making his first London appearance in 1958 in Jane Arden’s The Party, which was directed by the legendary Charles Laughton. The following year, he replaced a sick Laurence Olivier for the titular role of Coriolanus in Stratford.

By 1960, Finney began to make the leap to film, first appearing in 1960’s The Entertainer alongside Olivier, and following that up the same year with his breakthrough performance in Karel Reisz’s film version of Alan Sillitoe’s Saturday Night and Sunday Morning.

This opened the door to his iconic titular role in 1963’s Tom Jones, which nabbed Finney his first Best Actor Oscar nomination and prompted British exhibitors to vote him as the ninth most popular star at the box office that year.

After directing 1968’s Charlie Bubbles, Finney focused more on the stage, though he did add a number of essential roles to his resume, specifically 1970’s Scrooge, 1974’s Murder on the Orient Express, which earned him his second Oscar nomination, and 1977’s The Duelists.

The ’80s, however, were quite busy on screen for Finney. He flexed his muscles in the horror genre with 1981’s Wolfen, he tested his pipes in 1982’s Annie, and he added back-to-back Oscar nominations under his belt with 1983’s The Dresser and 1984’s Under the Volcano.

Once again, though, Finney never left the stage. He directed and played the lead role of Sidney Kentridge in 1984’s The Biko Inquest, and would go on to win Olivier Award and his third Evening Standard Theatre Award for 1986’s Orphans.

After kicking off the ’90s with Miller’s Crossing — including an appearance in Roger Waters’ The Wall Concert in Berlin — Finney worked heavily with the BBC, earning BAFTA nominations for 1990’s The Green Man, 1996’s Karaoke/Cold Lazarus, and 1998’s A Rather English Marriage.

In 2000, Finney had a major comeback in Steven Soderbergh’s Erin Brockovich, where he was nominated by the Academy for Best Supporting Actor alongside that year’s Best Actress winner Julia Roberts, who shared her win with him following his loss.

From there, Finney saw an incredible resurgence, delivering one memorable turn after another, be it 2002’s The Gathering Storm, 2003’s Big Fish, 2007’s Before the Devil Knows Your Dead, or his work in 2007’s The Bourne Ultimatum and 2012’s Skyfall.

He is survived by his third wife Pene Delmage and his son Simon.