The Claypool Lennon Delirium Expand Their Universe on South of Reality 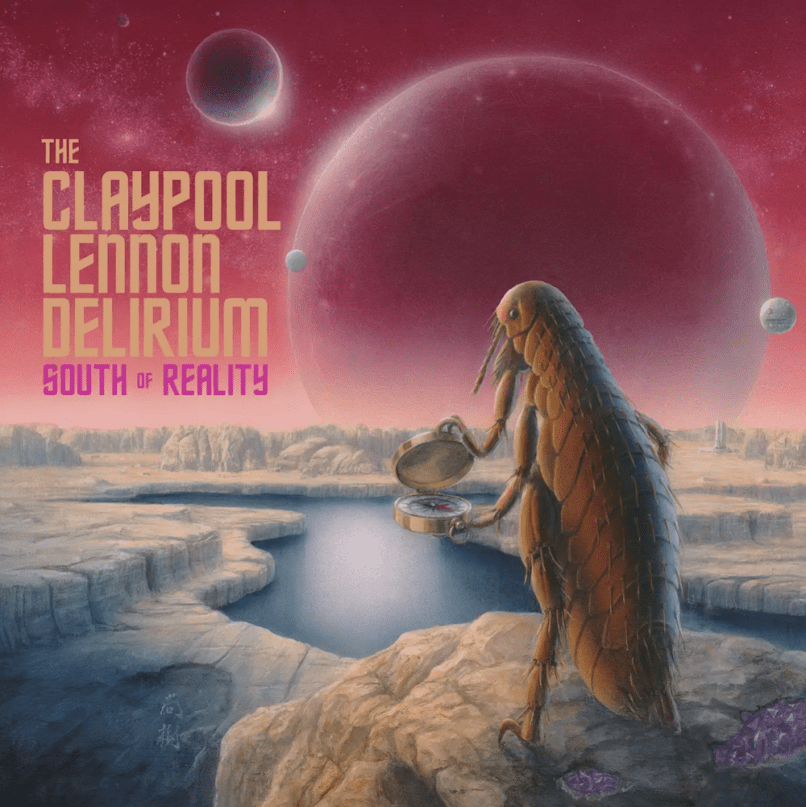 The Lowdown: Les Claypool is the frontman of Primus and the patron saint of slap bass. Sean Lennon is the son of Beatles legend John Lennon, as well as a longtime fixture in the indie rock scene. In 2016, when the two men were on breaks from their many other projects, they recorded an album together as The Claypool Lennon Delirium.

Whenever lead personalities join forces, there’s a chance the results will feel disjointed, thrown together. But the Delirium turned out to have real chemistry, built on a shared vocabulary of prog and psychedelia. 2016’s Monolith of Phobos was a throwback to the drugged-out mythologies of King Crimson and Cream, and it turned into a sleeper hit. Now with South of Reality, The Claypool Lennon Delirium sound like they’ve been playing together decades instead of just over two years.

The Good: The voices of Lennon and Claypool balance each other, with one sounding like a stoned angel and the other like a drunken demon. Claypool is at his off-the-wall best on “Toadyman’s Hour”, a slow, kooky satire built on vintage slap bass. On “Blood and Rockets”, Lennon takes the lead for the tale of Jack Parsons, the real-life rocket engineer who fell under the influence of Aleister Crowley and became obsessed with Thelema occultism. The song spans two movements, swelling and fading away with the rise and falls of rockets. The subject matter is perfect for the Delirium and serves as a showcase for some of their most ambitious ideas.

On the “Cricket Chronicles Revisited”, Claypool and Lennon return to a character from Monolith of Phobos. On that album, the cricket found a prescription pill bottle with a genie inside. Sure enough, “Chronicles Revisited” is another rant against the consumerization of mental health, but it also shows that the band is thinking across albums. The Claypool Lennon Delirium isn’t just some side project; it’s a self-contained world.

The Bad: Most of the lyrics are barbs aimed at modern society, but many of these miss the mark. Consider the first character in “Easily Charmed by Fools”: “She’s easily charmed by fools/ She likes to swipe right for pretty boys on Tinder/ Desperate measures lead to desperate situations.” That’s our only description of this character. She’s easily charmed by fools because she … uses a dating app? Is she actually a fool, or is she just a millennial? There’s lots of cultural commentary like this, where it feels like the commentators don’t understand the culture.

On “LIttle Fishes”, one of the questions is “When will the youth get on its hind legs?” As in, when will young people become politically active? Meanwhile, we’re living through the tensest culture wars since the ’60s and ’70s. Young people on the right and left, from the Kent State gun girl to the Parkland shooting survivors, Black Lives Matter protesters, and All Lives Matter counter-protesters, MAGA hats to pussy hats, are making their voices heard. Frankly, if you’re asking when the youth will stand on their hind legs in 2019, then you’re in no position to accuse other people of being fools. This isn’t aimed at real youths, but instead the whole idea of young people, the equivalent of shouting, “Get off my lawn!”

The Verdict: There’s plenty here for hardcore fans and a few songs that will appeal to almost everyone. Claypool’s bass is still popping, while Lennon’s guitar tends towards old rock cliches. Lyrics have never been the strongest part of either of their music, and this is no exception. But there’s enough skill and joy in this music to make the listening worthwhile, even if Lennon and Claypool can sound at times like the cranky, old uncles of psychedelic rock.

Essential Tracks: “Blood and Rockets – Movement I, Saga of Jack Parsons – Movement II, Too the Moon” and “Toadyman’s Hour”

Buy It: Pick up a copy of South of Reality and other Claypool Lennon Delirium albums at Reverb LP. Click here for more.