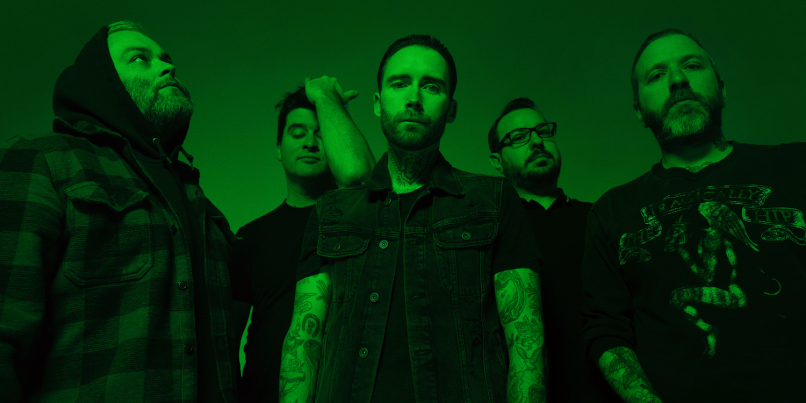 It’s been nearly a decade since Alexisonfire released a new song, but the Canadian post-hardcore act is back with the blistering track “Familiar Drugs” (listen below).

The band completed a farewell tour in 2012, only to reunite in 2015 to start playing shows again. They last released a full-length album in 2009 (Old Crows/Young Cardinals), followed by a couple of EPs in 2010 and 2012, the last of which contained acoustic versions of existing songs.


In anticipation of the song’s release, we spoke with Alexisonfire’s clean singer and guitarist, Dallas Green, who told us he’s been kicking around the tune for quite some time. “The main riff and the chorus, I’ve been playing that on my guitar for over a decade,” he explained. “It was just something that we never got around to sort of just try and see if we can turn it into an Alexis song.”

He continued, “Obviously, we’ve been playing again the last couple years, but we never really had time to sit and work on new songs. But last summer, I moved from Nashville back to Toronto full time, so that’s when we tried to schedule regular band practices. [‘Familiar Drugs’] came together relatively quickly, because there was pretty much a blueprint for it already, from all those years ago.”

In a press release, the band’s lead screamer, George Pettit, said of the track, “‘Familiar Drugs’ is about recognizing you need to make a change in your life, being presented with the opportunity to make that change, and then choosing to do the same thing you always do. It’s about something very specific to me but it can be taken literally or interpreted in any number of ways.”

He added, “Most people have something in their lives they can’t quit, substances, unhealthy relationships, lethargy, self righteousness, a job they hate. ‘Familiar Drugs’ is about choosing comfort over self betterment.”

Stay tuned for our full interview with Alexisonfire’s Dallas Green, but in the meantime, turn up the volume on “Familiar Drugs” in the player below. The track is available for download here or as a 7-inch vinyl release here.

Along with the new track, Alexisonfire have also announced a handful of June tour dates, including stops in London, New York, Los Angeles and Toronto, with tickets going on sale next Friday (February 22nd). You can also get tickets here.

They’ll also be performing “Familiar Drugs” and other songs live tonight (February 15th) from the House of Strombo in Toronto, streaming live via the band’s Facebook page at 8 p.m. ET.