Cardi B beat Miller for Rap Album of the Year 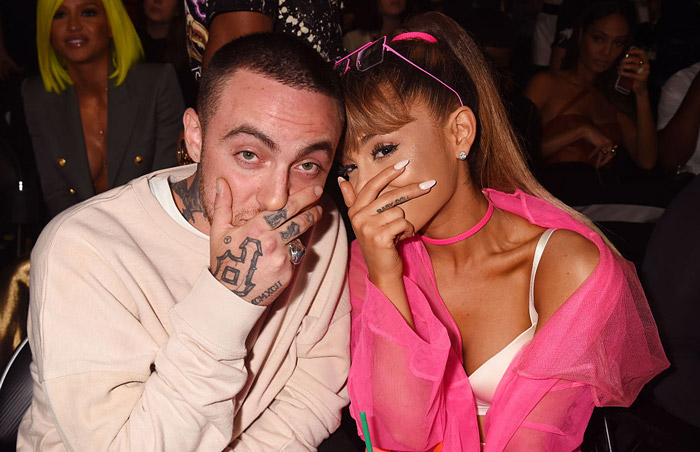 Ariana Grande may have opted against attending this year’s Grammy Awards, but she was clearly keeping an eye on tonight’s outcome and expressed her disappointment over Mac Miller’s loss in the Best Rap Album category.

In a series of since-deleted tweets, Grande reacted negatively when Cardi B’s Invasion of Privacy topped Miller’s Swimming. “trash.”, “fuck.”, “bullshit”, and “literally bullshit” were some of the tweets sent out by Grande in rapid succession. She seemed particularly upset that Miller’s parents were invited to the ceremony only to witness the loss.

Grande later clarified that she had nothing against Cardi B personally: “nothing to do w her. good for her. i promise. i’m sorry.” When a fan called Cardi B “trash,” Grande responded, “she’s not at all and that’s not what i meant and u know that.”

For her part, Cardi B said she was sharing her Grammy with Miller.

Grande deleted all of her tweets, but you can find screen captures below.

Ariana Grande is a mean girl who reacted this way when Cardi B won, because Mac Miller didn’t. I’m sorry he’s gone, but crapping on someone else’s big moment? Now deleted but you know- receipts. #Grammys pic.twitter.com/2RvsuSVVLR

Grande and Miller began dating in 2016 and remained together until May 2018. In September, Miller died of an accidental drug overdose.