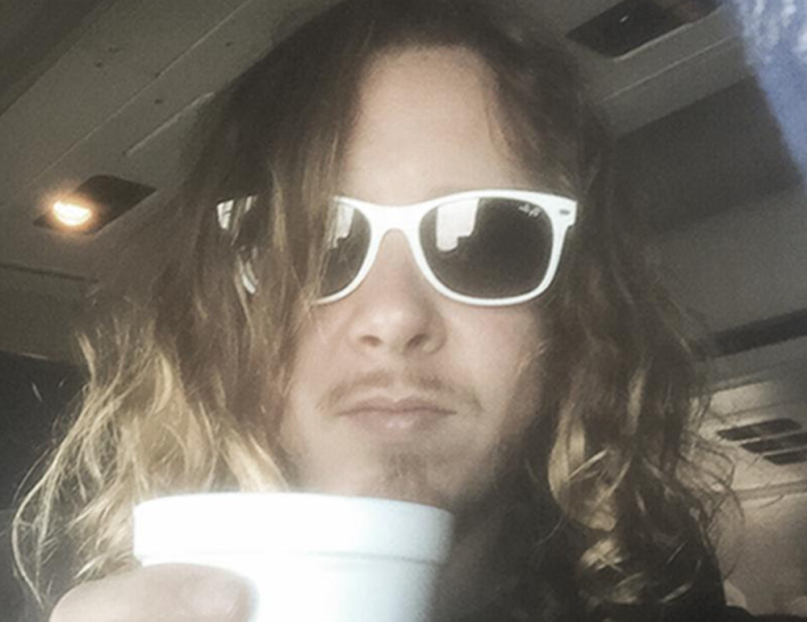 Five years ago, Ben Kweller thought he was done with music. He and his family had nearly died in a freak accident, and the resulting depression made the indie singer-songwriter believe his days on stage were over. However, songwriting helped him deal with those dark times, and eventually he found his way back to recording. Now, he’s returned with his first new piece of music in five years, “Heart Attack Kid”.

The track is a crunchy indie number with a lighthearted throwback feel in the beat and climbing guitar riff. It’s a steady chugger that finds Kweller’s syrupy delivery dripping with a renewed confidence as he sings, “I got your back, Heart Attack Kid/ It doesn’t matter what you did/ It doesn’t matter what you did/ Stand up and come to your senses.”

“Heart Attack Kid” serves as our first taste of Kweller’s forthcoming album, Circuit Boredom, set for release later this year. Take a listen to the lead single below.

Update — Tuesday, February 19th: The new music video for “Heart Attack Kid” has been released. Starring Kweller and a colorful rattlesnake, it was made in collaboration with Robert Strange of Superorganism, an English indie outfit that Consequence of Sound once named Artist of the Month.

In a statement, Strange explained his vision for the fun clip:

“Making the ‘Heart Attack Kid’ music video with Ben Kweller was the first big project I’ve done outside of my band, Superorganism. Stylistically, I wanted to take a step in a new direction while making the video true to who Ben is and the world he lives in. Ben shot the live action stuff on his ranch in Texas and I meshed that together with the story of a claymation rattlesnake who hears ‘Heart Attack Kid’ floating on the breeze and sets off on a mission to find the source. It was great collaborating with Ben — he’s got so much energy and has a really special thing going on at his label The Noise Company. We were chatting pretty much every day, passing ideas back and forth and fine-tuning the video. I learned a lot making this video and together we ended up making a piece of art that I’ll always be extremely proud of.”

Kweller’s career took a hiatus in 2013 after a near-death experience in the mountains of New Mexico. His family — including his sons, Dorian and Judah — were sleeping in their cabin when his wife, Lizzy, snapped awake feeling terrible. “I immediately jumped out of bed and collapsed to the ground,” Kweller recalls in a press release. “We instinctively crawled to the front door and opened it. Fresh air rushed in the cabin. I called 911. We grabbed the boys out of bed, trying to shake them awake, and managed to get everyone outside in the snow. The boys were crying and falling in and out of consciousness — it was like something out of a horror film.”

It turned out there was a carbon monoxide leak in the cabin; paramedics told the Kwellers they had been 15 minutes away from death. “Fifteen minutes! We spent the next day in the hospital on pure oxygen and days after that feeling lethargic and mush-brained,” says Kweller. “When we got back home, I was an incapacitated zombie. I told my team to cancel everything. I was done.”

The depression that followed made Kweller put aside his music to focus on what was important. “I didn’t want to leave my family’s side, and for the first time in my life I was scared,” he says. While he may not have been focused on his career, he was still writing, eventually compiling some 50 songs. Eventually his friend Dwight A. Baker suggested they get into the booth and try recording some of the tracks to see if it made him feel any better. Apparently, it did, as the two ended up co-producing Circuit Boredom together.

Kweller was also motivated by the 2016 death of his friend, Anton Yelchin, with whom he worked on the film Rudderless. “One of my best friends, gone in the blink of an eye — it woke me up,” says Kweller. “I knew I had to overcome my own trauma and do what I was born to do. Plus, Anton would’ve thought it rude if I didn’t share these songs.”

When exactly we’ll get Circuit Boredom, the follow-up to 2012’s Go Fly a Kite, is not yet known. However, we’ll likely hear some more of the new material when Kweller returns to the road later this month. His tour kicks off February 11th in Dallas and includes a handful of shows with Houndmouth. Check his complete itinerary below. Update #2 — Wednesday, March 27th: Kweller has added more concerts for April.