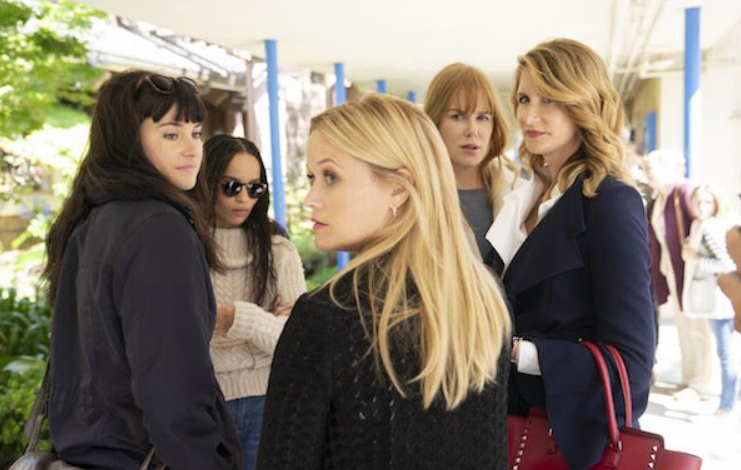 HBO has unveiled details of Big Little Lies’ upcoming second season, which will premiere in June.

As part of today’s announcement, HBO has unveiled a first-look photo (see above), along with a brief plot synopsis. Truthfully, it doesn’t reveal much of anything in terms of details, but that’s probably for the best.

“On the surface, in the tranquil seaside town of Monterey, California, everything seems the same. The mothers continue to dote, the husbands support, the children remain adorable, and the houses are just as beautiful. But the night of the school fundraiser changed all that, leaving the community reeling as the ‘Monterey Five’ — Madeline, Celeste, Jane, Renata, and Bonnie — bond together to pick up the pieces of their shattered lives.”

Of course, season one of Big Little Lies was a critical and commercial smash for HBO. Among its many accolades, the show took home the top prize for a miniseries at both the Golden Globes and Emmy Awards. Kidman, Dern, and Skarsgård were also honored with individual awards.