"BTS WORLD TOUR LOVE YOURSELF: SPEAK YOURSELF" takes place over 10 dates, kicking off in May with shows in Los Angeles, New York City, and Chicago 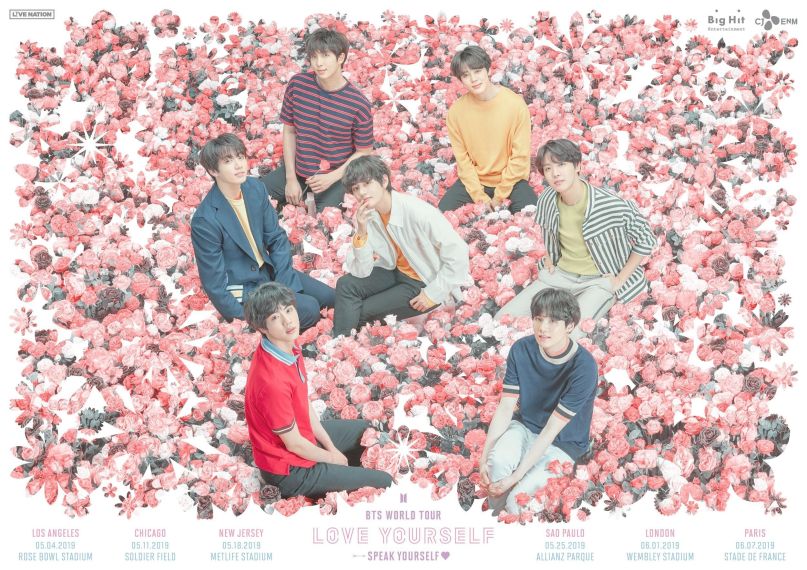 The massively popular South Korean boyband BTS will play a series of stadium shows in North and South America, Europe, and Japan this summer.

As it stands now, “BTS WORLD TOUR LOVE YOURSELF: SPEAK YOURSELF” spans 10 dates, kicking off in May with shows in Los Angeles, New York City, and Chicago. From there, BTS will visit Sao Paulo, London, and Paris before concluding in July with four massive concerts in Japan.


Tickets for the American and European dates go on sale beginning March 1st, with the US shows being available via LiveNation. The Sao Paulo show goes on sale March 11th. Ticket info for the Japanese dates is still to be announced.

You can also find tickets to the shows here.