Brie Larson and Samuel L. Jackson bring the action back to the '90s 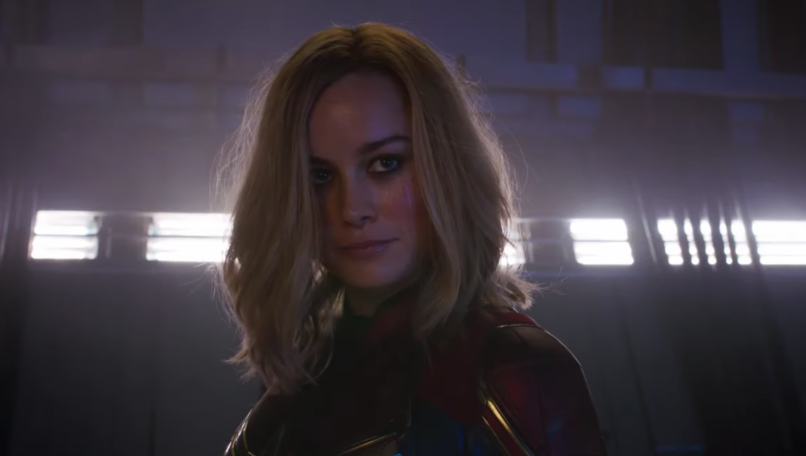 We’re only a month out from the release of Captain Marvel, so it makes sense that Disney would bring its newest superhero to this year’s Super Bowl. As expected, there isn’t much revealed, but we’re just as psyched as she looks in the spirited 30-second spot.

Due out March 8th, 2019, Captain Marvel marks the Marvel Cinematic Universe’s first female-led entry, as well as the first Marvel movie with a female director in Anna Boden, who co-directed the film with Ryan Fleck. Brie Larson stars as the titular heroine, aka Carol Danvers, a fighter pilot who becomes an intergalactic superhero after her DNA gets spliced with that of a Kree alien.

Set in the 1990s, the movie follows Danvers as she leaves an elite Kree military unit known as Starforce (led by Jude Law’s Mar-Vell and featuring Djimon Hounsou’s Korath from Guardians of the Galaxy) to help ward off an Earth invasion by the shapeshifting Skrulls. Ben Mendelsohn portrays the lead Skrull, Talos, as well as his human-form which he uses to infiltrate S.H.I.E.L.D.

Captain Marvel also features the return of Lee Pace as Ronan the Accuser and Samuel L. Jackson as a digitally de-aged Nick Fury. Other stars include Gemma Chan as Minn-Erva and Lashana Lynch as Maria “Photon” Rambeau.