Chris Cornell’s children accept posthumous Grammy: “He was one of the greatest poets of his time” 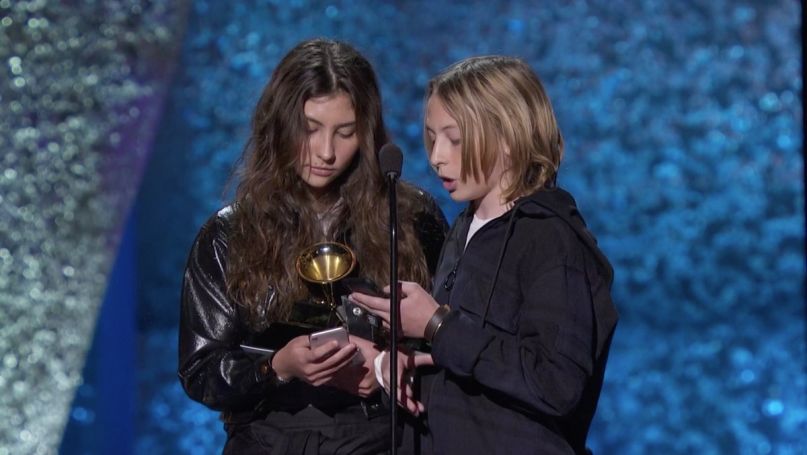 The late Chris Cornell proved triumphant at the 2019 Grammy Awards.

The legendary singer, who tragically passed away in May 2017, won Best Rock Performance for his solo track “When Bad Does Good” off last year’s Chris Cornell box set. In a touching moment, his two children — Toni, 14, and Christopher, 13 — accepted the award in his honor and gave an incredibly emotional speech.


“I never thought we’d be standing here without my dad and I’m sure he’d be proud and honored,” Christopher said. “He was known for many things. He was a rock icon, the godfather of grunge, and the creator of a movement, whose contribution to music history made a lasting impact across genres and generations.”

“He was also one of the greatest poets of his time,” he continued, “whose voice, soaring unforgettable vocals, made him the voice of a generation. While he touched the hearts of millions, most importantly he is known for to us is for being the greatest father in our ear.”

“His voice was his vision and his music was his peace,” his daughter Toni added. “This is for you daddy and we love you so much.”

Watch the entire acceptance speech below.

Throughout his career, Cornell had been nominated for a Grammy 16 times. Tonight marks his third win, following his two Grammys with Soundgarden in 1995 for Best Metal Performance (“Spoonman”) and Best Hard Rock Performance (“Black Hole Sun”).

Pick up Cornell’s releases on vinyl by heading to ReverbLP.