Classic Film Review: The Warriors Came Out to Play 40 Years Ago 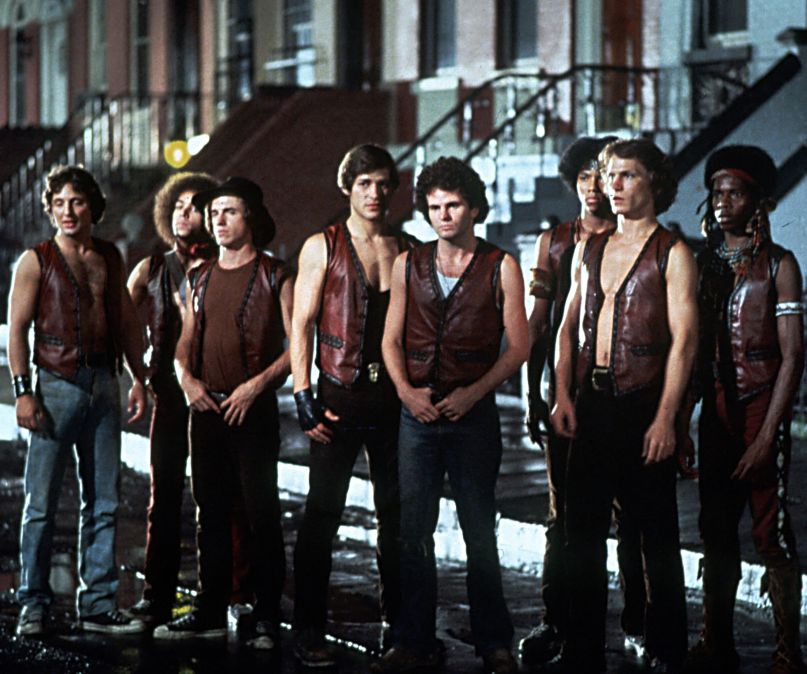 CAN YOU COUNT, SUCKERS? 40 years! Walter Hill’s The Warriors turns the big 4-0 this year, and it’s looking … well, mostly great. It’s a snapshot of gang violence in a decidedly Carter-era key, both flamboyant and aggressive, socially minded yet kept light (or close) by Hill’s high-style design. It’s unconventional, to say the least. It’s an effective simplification of the “dangerous youth” film that showcased a young Walter Hill’s best tendencies. Speed. Cheese. And a whole lot of attitude, dude. To mock it as a misanthropic boy film is almost too easy – also extremely fair, yes. But to get wrapped up in the madness of one bad commute home to Coney Island is something, alright. It’s like bare-knuckle fireworks. We race with the gang to the finish, hopeful with clenched fists. Craft and kitsch-wise, The Warriors remains a landmark in action filmmaking.

Can you dig it?

What do you get when you mix Shakespeare, West Side Story, Adam West’s Batman, Greco-Roman warfare, Homer’s Iliad, and some clown make-up? Walter Hill’s cult classic.

The genesis of The Warriors sounds simple enough. Lawrence Gordon, the mega-producer behind Field of Dreams, Predator, and Die Hard walks into a bookstore and sees Sol Yurick’s The Warriors on a rack. The cover wasn’t even on it. But Gordon saw potential in the teen crime element, and got the film rights. Walter Hill had made a splash in ’75 and ’78 with Hard Times and The Driver, respectively. The films showed off the twentysomething’s pulp sensibilities, with a penchant for pacing and hard-boiled action. He liked staid tropes. Depression-era brawling. Heist movies. And here, the rebel teen flick. But he could gussy them up with a certain film school brat flair and studied sensibility. So The Warriors was a natural fit.

Yurick’s novel was based on Anabasis, Xenophon’s 4th century novel Greek adventure of battles and throne seizing and other sword/sandal chauvinism. Yurick saw the parallels with ‘60s youth gangs, and updated accordingly. Hill, co-writing with David Shaber, remixed the venture even further for the 1970s. Gone are Yurick’s Beatles references, in favor of electronic rock and synth flair. What were once the Coney Island Dominators became the slickly labeled Warriors, and Hill dipped into the Greek source material. The film’s lead gangster Ismael is renamed Cyrus, in honor of Xenophon’s characters.

Hill draws on anything he liked at the time, ranging from Shakespeare to Bob Kane. The homecoming of the Warriors feels Odyssean by nature. And Luther (David Patrick Kelly), his chief baddie, exudes flashes of Richard III. But Hill, by his own admission in featurettes, suggested that his take could only be explicable in comic book terms. He felt that an intentional sense of silliness could help move things along nicely, and blend his reference material more acceptably.

This literacy is the film’s secret weapon. Hill was attracted to the simplicity of the plot. Throw in everything at a clip, and viewers won’t get too caught up in the why, because of its familiarity, so there’s time to more easily get wrapped in the how. How are the boys gonna keep getting out of these sticky situations? And it’s absolutely great, like a video game speed-run. (This film had four editors working breathlessly to beat another gang flick, The Wanderers, which helps account for The Warriors’ brevity.) Hill’s marching orders to his editors? Be ruthless.

How are they gonna make it to the train platform without the Turnbull ACs noticing them? How are they gonna get out of trouble with the tempting Lizzies, an all-girl gang? And when the hell will Luther reveal himself as the true threat that only the Warriors can stop? It’s an obstacle course, and Hill’s fast hand makes it all so much fun. The Warriors could be subtitled “or: how to use archetypes and tropes for maximum effect in search of a good time.”

We’ve barely scratched the surface of the film’s sillier tendencies. The cult, the camp, the oh-my-god-there’s-a-gang-of-dudes-in-full-baseball-attire-and-clown-makeup aspects. The era-driven quirks and creative decisions can be funny, but they still serve a purpose in the service of heightened reality and up-tempo action. Barry De Vorzon’s guitar-and-Moog score calms what could have been brutal into more of a B-movie vibe. Getting shot, or hit with a baseball bat, is scary. But layer a synthesizer atop of it? Much more palatable, and less real.

But it’s also socially dodgy. Let’s get one thing straight: the reality is that contemporizing The Warriors is inevitably going to be damaging to the macho midnight hit. Its characters, however diverse, still stink of racial cliché – Huns, Boppers, and other gangs with coded epitaphs. The Warriors themselves are a cool bunch of ethnically mixed dudes, and also rank stereotypes, ranging from a ’70s NYC jive talker, to an artistic effeminate, to an alpha-male homophobe. Oh, and a cowboy, because what the hell. (Bear in mind, Hill’s asserted that he wanted more diversity in spite of the studio wanting a mostly white cast, so mediate on that.) And ultimately, the naiveté surrounding this film’s purported pro-gang-violence take is laughable. (The cost to buy a custom coat to join the “Electric Eliminators” would likely be far outside a juvenile delinquent’s budget.) This is fair warning for the uninitiated.

In a weird way, this all adds up to why we’re still talking on this, forty years on. The Warriors is a gangland fantasia, cut tighter than a snare drum, made for maximum impact. Rooted in the rebel yells of modern and ancient history, served up in a wiry 1970s look, the film still clicks and kicks. As watching, it’s easy (by design). As reading, it’s a progenitor of many of the great qualities in modern action filmmaking, with its efficiency, wise-ass use of archetype, and sheer presence. Maybe this isn’t an Academy film school classic, but you know you can dig it for what it is. Warts and bruises and all, The Warriors is still a modern classic.