Comedy Central is streaming all six seasons of Reno 911!

Wendi McLendon-Covey also says a new Reno 911! project is in "the very early stages" of development 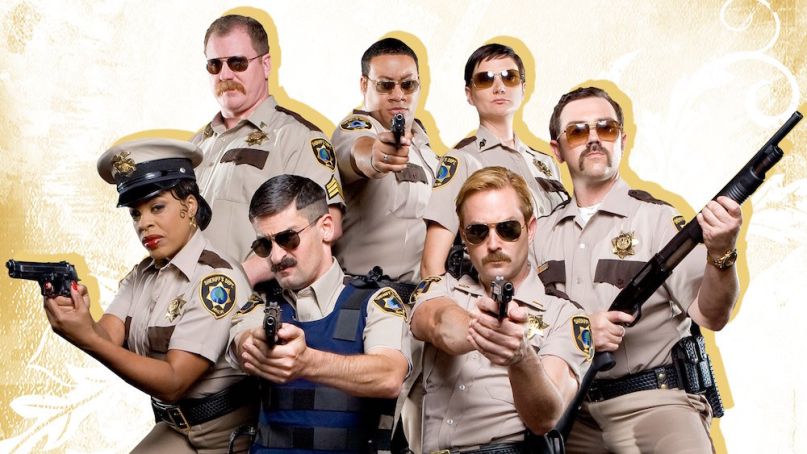 Lt. Jim Dangle and the rest of the cast of Reno 911! reunited last month to host Comedy Central’s New Year’s Eve marathon. Now, the TV network is doing fans of the show another solid by offering to stream the entire series.

As redditors have pointed out, all six seasons of Reno 911! are available to watch through Comedy Central’s official website. Viewers only need to log in with their cable provider information and the complete 88-episode collection will be at their fingertips.

The show, which originally ran on Comedy Central from 2003 to 2009, isn’t streaming on any of the traditional platforms like Hulu, Netflix, and Amazon Prime. The only recourse for fans has been to physically purchase the series on DVD.

Today’s news comes just days after one of the program’s cast members, Wendi McLendon-Covey (Deputy Clementine Johnson), offered an exciting update on future Reno 911! plans. Speaking on Watch What Happens Live, she confirmed that something related to the show is “in the very early stages” of development.

“Not for a movie, but possibly for the show,” McLendon-Covey told host Andy Cohen. “I guess I just leaked that.”

While we await further details on this potential reboot, revisit a pair of PSAs from the NYE marathon, followed by some highlights from the show.