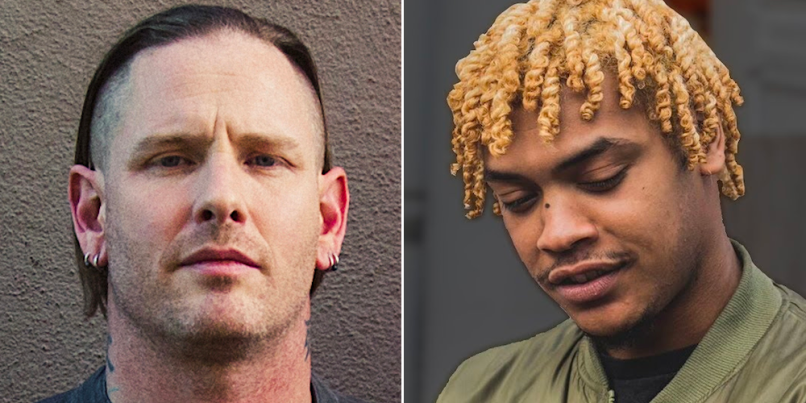 Wanna work with your favorite artists? Just him ’em up on Twitter! That’s exactly what led to a collaboration between Slipknot singer Corey Taylor and UK rapper Kid Bookie.

It all started with Kid Bookie tweeting on January 30th that Slipknot’s song “Wait and Bleed” is as iconic as System of a Down’s “Chop Suey!” Then, later that same day, Bookie tweeted directly at Taylor, saying, “@CoreyTaylorRock I gotta work with you before both of us leave this earth.”

A couple hours later, Taylor responded, saying, “Let’s talk my friend.” Less than a week later, it appears the collaboration is a done deal. Yesterday (February 5th), Bookie tweeted, “People of earth and beyond, me and @CoreyTaylorRock have some very VERY special music coming for you soon. That is all, have a good day.”

Bam! Just like that, a rising UK hip-hop artist landed the singer of Slipknot and Stone Sour on a yet-to-be-revealed music project. The rapper, who has dropped a number of mixtapes and singles over the past several years, recently released a full-length album called Publish This in late 2018.

Meanwhile, it’s hard to imagine how Taylor found time to record with Bookie, given that he’s in the midst of working on Slipknot’s highly anticipated new album, which is tentatively due this summer. The vocalist recently revealed that he’s working with horror master Tom Savini on his new Slipknot mask.

Slipknot, who released the surprise single “All Out Life” this past Halloween, will embark on a European tour in June.

Check out the series of tweets between Kid Bookie and Corey Taylor below:

SlipKnot – Wait & Bleed is as iconic as Chop Suey.

People of earth and beyond, me and @CoreyTaylorRock have some very VERY special music coming for you soon ????. That is all, have a good day.