Dave Grohl on Billie Eilish: “The same thing is happening with her that happened with Nirvana in 1991” 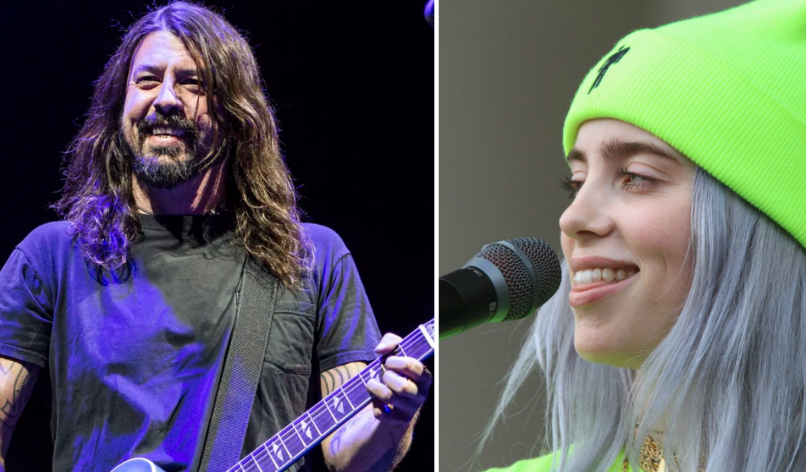 On Tuesday, the Foo Fighters frontman joined Live Nation CEO Michael Rapino for a one-on-one discussion at PollstarLive’s conference at Beverly Hilton, where the two discussed a range of topics, including our 2018 Rookie of the Year.

“My daughters are obsessed with Billie Eilish,” Grohl told Rapino (via Variety). “The same thing is happening with her that happened with Nirvana in 1991. People say, ‘Is rock dead?’ When I look at someone like Billie Eilish, rock and roll is not close to dead!”

He’s not wrong. All year, Eilish has been commanding rabid crowds, be it on her own or at her festivals, and that level of adoration should be familiar to Grohl. He was center stage when Nirvana broke out, though he was aware of that energy before he joined.

“I saw them at a show and I thought, That’s Nirvana. Oh my god. It was like Children of the Corn,” he recalled. “With Scream, we never had anything successful. Nirvana had great songs. ‘About A Girl’ was like a Beatles song. It was clear that dude could write songs.”

Despite namedropping Eilish, Grohl confessed to feeling disconnected with today’s trends. “A lot of the changes in music I don’t understand,” he admitted. “I don’t know the difference between Pandora and Spotify. I don’t get it. I don’t have the app. Sorry.”

While that may prove difficult for him to play music in the future, that certainly won’t stop him from making music. Grohl also waxed nostalgic on the Foo Fighters, contending that, “After [Kurt] died, I didn’t want to play music again. The whole world turned upside down for me. It was bad.”

The joke, he said, was that, “The first 20 years of [Foo Fighters], I thought, ‘Let’s make another record and call it a day. Get one more in there.’ Now we can’t break up. Imagine grandparents getting a divorce. I’m sure it happens, but you’d be like, ‘Why?’”

He’s not wrong there, either.