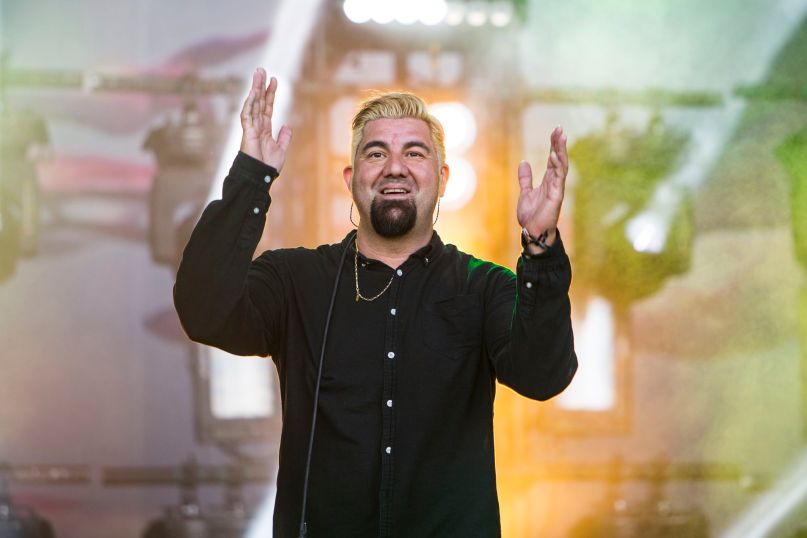 Deftones frontman Chino Moreno is dipping his toes into the word of television scoring as he’s composed music for an installment of Hulu’s horror event series Into the Dark. The particular episode is titled “I’m Just F*cking With You” and premieres April 5th on the streaming service.

Into the Dark is an anthology series comprised of 12 feature-length installments created by Blumhouse Television in conjunction with Hulu. The episodes air monthly, with each one inspired by a holiday. “I’m Just F*cking With You” centers on a man and his sister who are on their way to a wedding.


According to a press release, Moreno’s installment stars Keir O’Donnell, Hayes MacArthur and Jessica McNamee, and is directed by Adam Mason, who also happens to be directing the recently announced Alice in Chains film project, The Black Antenna.

Moreno recently lent his vocals to the track “Structure of Love II” from the Australian death-pop duo Vowws, and released a solo single, “Brief Exchange”, last year as part of the Dark Nights: Metal compilation.

Deftones, meanwhile, are busy working on their next album, which the band suggested would arrive in 2019 via an Instagram post in early December. In the meantime, you can pick up Deftones vinyl and more at Reverb LP.