Another live-action adaptation of a classic childhood animated film 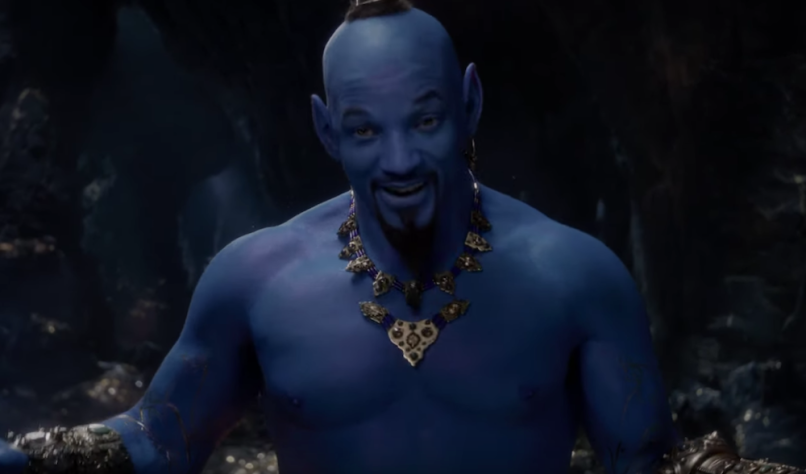 Will Smith as Genie in Aladdin

Disney’s first shining, shimmering, splendid full-length trailer for its upcoming live action adaptation of Aladdin has arrived. With the film riding its magic carpet into theaters on May 24th, the teaser premiered during Sunday’s Grammy awards.

The teaser gives us some live-action recreations of classic scenes, like Jafar (Marwan Kenzari) showing Aladdin (Mena Massoud) into the cave of wonders, the “Prince Ali” parade, and the Genie’s (Will Smith) big reveal. That means we get our first glimpse of Smith as the big blue magic man, and… well, just go ahead and watch for yourself below.

Based on the classic 1992 animated feature, the story follows a street urchin in the city of Agrabah who has his world completely changed when he takes a magical lamp from the Cave of Wonders. Inside the lamp sleeps an ancient genie with the powers to change the poor boy’s life and win him the heart of a beautiful princess — if the evil and power-hungry sorcerer Jafar doesn’t ruin everything.