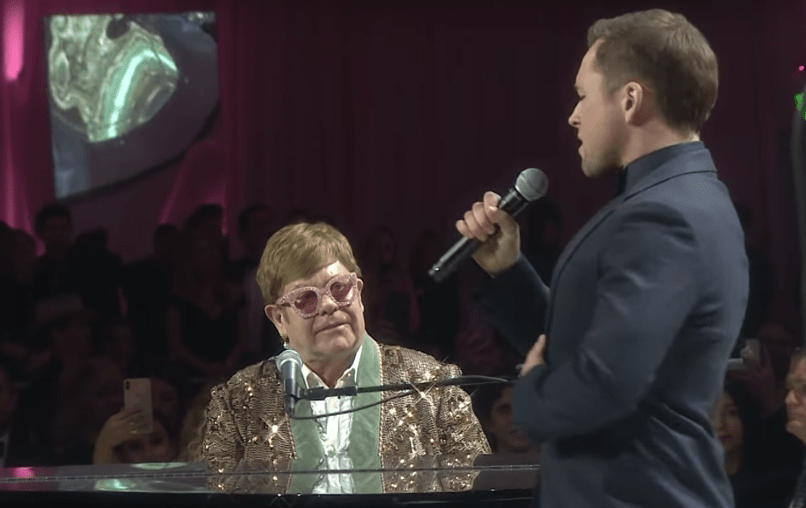 On Sunday night, Sir Elton John took some time off his ensuing farewell tour to say hello to a number of stars at his own 27th Annual Elton John AIDS Foundation Academy Awards Viewing Party. Among the many guests was Rocketman star Taron Egerton and The Killers frontman Brandon Flowers, who both performed duets with John.

For his part, Egerton belted out “Tiny Dancer”, while Flowers dusted off “Daniel”. All of this happened while Queen’s blockbuster biopic Bohemian Rhapsody snagged four major Oscars, including Best Actor for Rami Malek, whose mouthpiece brought to life the late Freddie Mercury. To Egerton’s credit, though, he can actually sing the songs.


Watch both performances below. Meanwhile, be sure to see Elton John on tour before it’s too late by grabbing tickets now, and do yourself a favor and catch up on his back catalogue by grabbing some vinyl through ReverbLP. All will likely be gone by the time Rocketman conquers the suburban cinemas on May 31st.