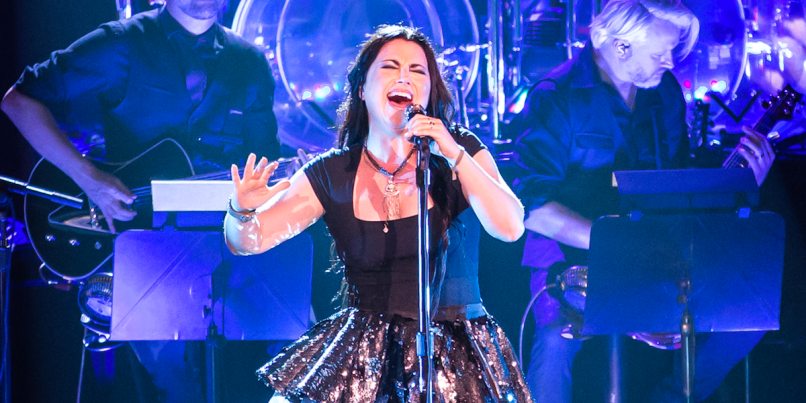 Evanescence have announced a new round of headlining spring US tour dates, which follow their expansive 2017 and 2018 “Synthesis Live” tours that had singer Amy Lee and company accompanied by a live orchestra. The new tour dates promise to bring Evanescence back to a traditional rock setup, shedding the orchestral accompaniment.

The trek launches May 5th at the Hard Rock Event Center in Hollywood, Florida, and runs through a May 19th date at the Mohegan Sun Arena in Uncasville, Connecticut. You can get tickets here.


The band’s upcoming itinerary also packs some festival dates, including May 3rd at Welcome to Rockville in Jacksonville, Florida; May 10th at Epicenter in Rockingham, North Carolina; July 18th at Rock Fest in Cadott, Wisconsin; and July 28th at Impact Festival in Bangor, Maine. Find the band’s full itinerary of 2019 US tour dates below.

Evanescence released their latest album, Synthesis, in fall of 2017, with producer Will Hunt and orchestra arranger and composer David Campbell. The album offered a new take on Evanescence favorites, backed by an orchestra and electronica elements, as well as two new Evanescence songs. The disc is available at Reverb LP.