A third killer tune off the trio's upcoming It's Real LP 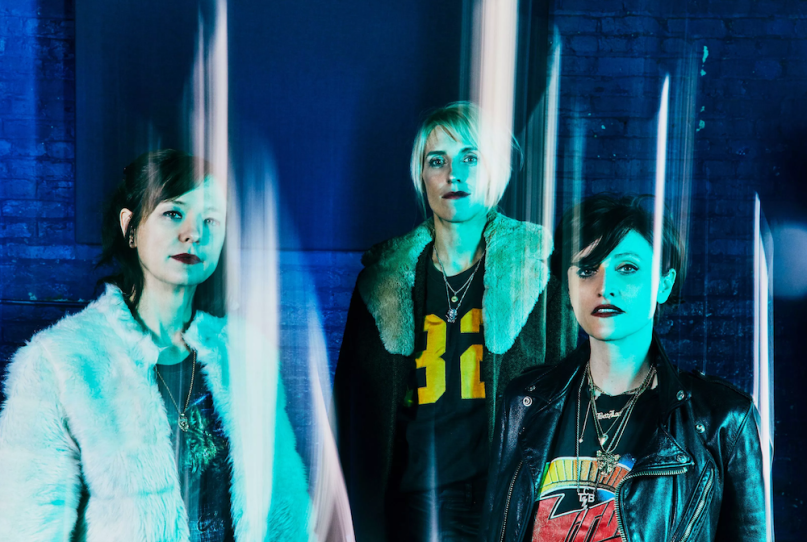 Ex Hex are less than a month out from releasing their sophomore album, It’s Real. The follow-up to 2014’s breakthrough Rips has thus far already delivered a pair of raucous, rip-roaring singles in “Tough Enough” and “Cosmic Cave”. Today, the rock outfit led by Helium/Wild Flag’s Mary Timony has dished out a third promising preview.

Titled “Rainbow Shiner”, it’s a powerfully affirming “victory song about the power and love of music, according to the group’s Betsy Wright. The DC natives celebrate their triumph with resplendent, killer guitar work and rallying lines like, “I’ve got to shine on/ Through all the black and blue.”

It’s Real arrives March 22nd through Merge Records. Ex Hex will support the new LP with an extensive tour of North America and Europe that begins in April. Select dates are with Japanese Breakfast and Belle and Sebastian. Grab tickets here.