Blumhouse's charming sequel tamps down its slasher instincts for something breezier 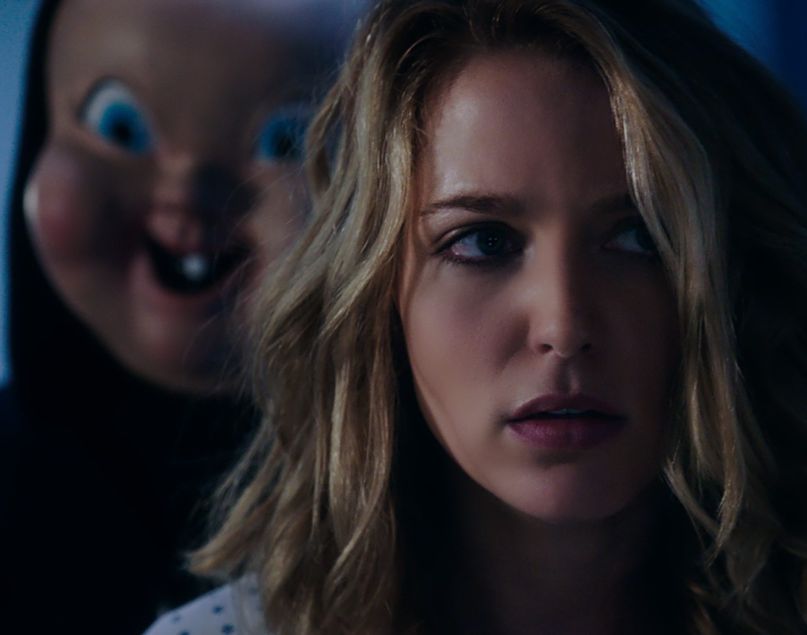 The Pitch: On Monday the 18th, selfish college student Tree Gelbman (Jessica Rothe) found herself trapped in a time loop that constantly ended in her death at the hands of a baby-faced serial killer, before sending her back to re-live the day over and over again. After she unmasked the killer in the first Happy Death Day, Tree thought she was all clear — that is, until Ryan (Phi Vu), the science-nerd roommate of her new boyfriend Carter (Israel Broussard), reveals that he’s started to experience a killer time loop.

A few false starts and one bad science experiment later, Tree finds herself back in her original loop, this time in an alternate version of her life in which Carter is dating mean-girl sorority queen Danielle (Rachel Matthews), and her original murderer Lori (Ruby Modine) is totally innocent. Now, Tree has to find a way to close the time loop once more, keep everyone alive from the slasher in this new dimension, and decide which reality she wants to call home.

Kill, Baby, Kill: The first Happy Death Day was a college slasher movie with a Groundhog Day twist that got by on an effervescent tone and effective thriller storytelling. Don’t expect a straight-up slasher this time around, though; Happy Death Day 2U is more than happy to play with genre, largely abandoning the original’s PG-13 horror trappings in favor of a Back to the Future Part II-style dive into the implications of time loops, time travel, and dimension-hopping.

That’s not to say the slasher stuff isn’t still here; the first film’s knife-happy nemesis is still around, albeit to a much smaller extent. If there’s any criticism to be made against the film, it’s that the Baby Face Killer almost feels perfunctory, like a vestigial element the filmmakers have to keep around just to maintain the brand. Given its newfound focus on the mechanics of its time-looping protagonists, they could’ve been forgiven for dropping the gimmick entirely. After all, the college-girl killer parts of Happy Death Day almost seem beside the point in the first place, a mere vehicle for giving us a lightweight, charming time-loop thriller anchored by a solid lead performance.

Even so, original Happy Death Day director Christopher Landon (who also takes over writing duties for 2U) manages to mine a few good jumps out of the killer’s presence, and even more than a few dark laughs as Tree, long used to taking Babyface down by now, is comically capable of besting her attackers in a straight-up fight. The only twist left is who the killer (or killers) in her new dimension might be, which plays out with about as much tension as a Scooby-Doo episode. (Not that that’s not exactly what the light, breezy sequel is chasing, to enjoyable effect.)

If a Tree Falls: It’d be easy for a low-budget, self-referential slasher like this to turn obnoxious with ease, but Landon’s tight script and its charming central performances carry more than their share of the weight. Rothe was the clear highlight of the first Happy Death Day, infusing the typical embattled Final Girl with tremendous relatability and comic energy. Here she gets even more of a chance to shine, the frustration of being forced into the same time loop she thought she escaped building to a delicious fever pitch. With every pursed lip, swung sledgehammer, and gleeful dash into a woodchipper, Rothe is an absolute joy to watch onscreen, as she throws herself into one over-the-top scenario after another. 2U is first and foremost concerned that its audience is having as good a time as Rothe is in the role, and almost completely succeeds.

She’s not the only one to shine, though; with the series’ decision to not bog itself down with the typical slasher trappings, the rest of the cast gets to let loose in a film that gradually morphs into a high-concept college dramedy. Broussard is the resolute Nice Guy Boyfriend, and remains a capable foil for Rothe’s Sisyphean mania. But the time-machine dynamics of the plot allow Tree to be surrounded with other charming supporting players, like Vu’s Ryan (who is effectively the protagonist of the film’s first act), the Yoohoo-swilling Samar (Life of Pi‘s Suraj Sharma) and Dre (Transparent‘s Sarah Yarkin), all of whom form Tree’s adorable band of science geeks cranking out the technobabble fixes at the heart of the film’s plot. And don’t forget Matthews’ Danielle, who gets even more chances to showcase her pitch-perfect flavor of tone-deaf cattiness. One scene late in Happy Death Day 2U‘s farcical heist of a finale allows her to outright steal the movie from her costars for a minute, and just play.

The Loop Less Traveled: Perhaps Happy Death Day 2U‘s smartest chess move is leaning harder on the implications of its time-loop aesthetic, finding effective new directions in which to take the gimmick. It’s funny that this film comes out so hot on the heels of Netflix’s brilliant Russian Doll, as both use the Groundhog Day trappings to dig a bit deeper into the emotional dynamics of its characters. The alternate dimension Tree finds herself in offers her the opportunity for a new life — worse in some ways, and far better in ways it would ruin the surprise to reveal. Rothe handles these scenes with aplomb, offering an unexpected dramatic heft to such a lightweight, outwardly silly horror movie. It’s fantastic to see something so outwardly campy and schlocky take the time to offer its lead some real ethical quandaries about the road less traveled, and our deeply human desire to remain in a comfortable past, rather than taking risks on the future.

The Verdict: It’s a pleasure to report that Happy Death Day‘s unexpected delights were in no way a fluke, and Happy Death Day 2U builds on its off-the-wall concept to even greater effect. Landon and his cast juggle a host of seemingly-impossible tones, effortlessly whipping from horror to comedy to drama at the plunge of a knife. The dramatic beats work well, and the leftover slasher setpieces are effective enough, but the film’s greatest triumph is that it’s just plain fun.

Now that the series has released itself from genre to become an outright comic farce about causality that happily switches styles through each film, it’s exciting to contemplate where the series might go next. Costumed period piece? Happy Death Day in Space? Wherever they go next, let’s hope it remains inventive and enjoyable as it is here.

Where’s It Playing? Happy Death Day 2U is sky-diving into theaters in nothing but beach attire this Valentine’s Day, February 14th.