Taraji P. Henson’s boundless charisma perks up this shaky update of the 2000 hit 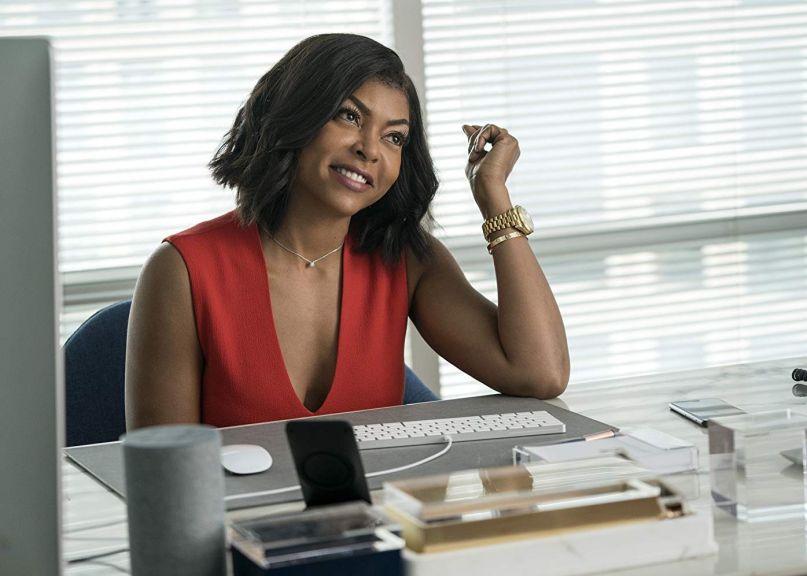 The Pitch: A gender-flipped reimagining of the 2000 Mel Gibson/Helen Hunt vehicle What Women Want, What Men Want doesn’t borrow much more than the original film’s core premise. Taraji P. Henson plays Ali Davis, a successful sports agent who’s continually locked out of career advancement thanks to the boys-club attitude at her office. Frustrated, she vents to a psychic (an enjoyably hammy Erykah Badu) about the fact that she just doesn’t seem to know how to connect with men. A sip of strange herbal tea and a dance floor head injury later, and Ali awakens with the ability to hear men’s thoughts. After the initial panic wears off, she realizes she can use these newfound powers to her advantage, particularly when it comes to winning over up-and-coming basketball star Jamal Barry (Shane Paul McGhie, as a suspiciously short first-round NBA draft pick) and his overprotective dad “Joe Dolla” (Tracy Morgan). As she unwittingly delves deeper into the male psyche, Ali’s also forced to challenge her assumptions about, yes, what men truly want.

The Movie Star: The biggest takeaway from What Men Want is that Taraji P. Henson is a goddamn movie star. It isn’t the first film to prove that, of course, but What Men Want serves as a particularly great showcase for Henson’s leading lady charisma. Playing in a really goofy sandbox, Henson calls to mind old Hollywood stars like Cary Grant in her ability to contort her face into befuddled reactions that effortlessly double even a so-so joke’s comedic value. And like the best classic movie stars, Henson projects depth and humanity beneath that wackier comedic exterior as well. The uneven film around her doesn’t offer much more than the fleeting diversions of a broad mainstream comedy. But as rom-coms and woman-led workplace comedies continue to come back into vogue, What Men Want proves that Henson is a perfect star around which to build those vehicles.

The (Unnecessary?) Premise: Of course, gender-flipping this particular premise is a far bigger change than simply having women play Ghostbusters. The 2000 original was about a misogynist learning to view women as human beings, What Men Want is more so about Ali gaining new tools to navigate through a sexist world. Yet the weirdest thing about What Men Want is that it almost doesn’t need its mind-reading premise at all. The racism and sexism that Ali overhears from her white male colleagues is stuff she largely already knew, or at least suspected. In fact, the film’s most crushing scene comes when her white male boss patronizingly advises her to “stay in her lane,” which happens before she even gets her powers. It might not be fair to generalize that women have a better understanding of men than men have of women, but at least in this film, that feels like the case. It’s especially pronounced when almost every insight Ali gains is obviously echoed through the body language and often even the dialogue of the men around her.

The biggest tangible piece of information Ali learns using her powers is that her male colleagues have a secret poker night where they hob-nob with current and future sports stars, as well as Joe Dolla, whose approval the agency needs to land Jamal as a client. Given that Ali already suspected the existence of such a game, it almost feels like What Men Want could’ve just been a movie about a female sports agent worming her way into a secret poker night, and having her sharp intuition boost her career from there. (The already high-concept film introduces a second high-concept premise in which Ali lies about her personal life in order to impress the family-focused Joe.) Again, Ali doesn’t even learn about Joe’s family values through mind reading — he just openly and repeatedly tells her about them. Instead, the mind reading premise is mostly just used for observational comedy, including a few funny gags about guys playing it cool while meeting sports stars, despite internally freaking out.

The Sidekick: Unlike the Mel Gibson original, in which his character deals with his powers alone, What Men Want smartly gives Ali an ally in her put-upon assistant Brandon (Josh Brener), who learns about Ali’s powers when she does. That leads to some inventive confrontations in which she’s speaking aloud and he’s answering in his head, knowing she can hear him. The endearing Brener emerges as the film’s beating heart and an effective marker of Ali’s journey to personal growth. The attempts to give Ali a Greek chorus of female friends to help trace that same arc is less successful, and keeps pulling her away from her work environment and the film’s opportunity to meaningfully comment on the nuances of workplace sexism.

The Problem: The mind-reading premise lends itself to a really unfortunate thread of homophobic humor that runs throughout What Men Want. A lot of the film’s big laugh lines have to do with Ali overhearing that men are gay or doing some kind of gender non-conforming thing (wearing women’s underwear, for instance). When Ali learns that a bro-y male co-worker is crushing on a guy, she weirdly assumes he’s in the closet, rather than just nervous about acting on his feelings. A big climactic scene — which, again, is largely played for laughs — hinges on the reveal that a man is cheating on his wife with another man. Perhaps the film thinks it gets away with all those gags because Brandon, who’s gay, is one of its most likable characters. (The film’s director, Adam Shankman, is also openly gay.) But most of those “jokes” would’ve felt painfully dated in the 2000 original, let alone in this 2019 update.

The Verdict: An entertaining if mostly inconsequential romp, in its best moments What Men Want feels less like an update on What Women Want and more like a gender-flipped version of Jerry Maguire. It’s only in aggressively striving for career dominance that Ali begins to question her value system and priorities, particularly when it comes to the “win-at-all-costs,” “fit in with the boys” philosophy she inherited from her boxer father. What Men Want isn’t hugely insightful about sexism or gender roles (although it does offer a nice runner about the fact that men are emotionally three-dimensional human beings who largely want the same things that women do), but it works much better as the story of Ali coming to some big revelations about her life, and learning she can rewrite the male-oriented rulebook, instead of just playing by it.

For the most part, however, What Men Want is content to be a broad, shallow mainstream comedy. This is an R-rated comedy with relatively little happening in the way of raunch, although it’s refreshing to watch a glossy comedy where adults are allowed to say the word “fuck” with regularity. It’s also nice to see a film where a 48-year-old woman plays opposite a 32-year-old love interest with the complete nonchalance Hollywood usually reserves for the inverse of that pairing; What Men Want balances its workplace comedy aims with a rom-com through-line about Ali’s burgeoning relationship with bartender Will (an endlessly charming Aldis Hodge) and his adorable moppet of a son. Flexing both her rom-com muscles and her general comedic talents, Henson continually shines even when the film falters. What Men Want might not be a slam-dunk, but it’s a great calling card for Henson’s movie star future.

Where’s It Playing? In wide release, starting on February 8th.