Run the Jewels opened the evening 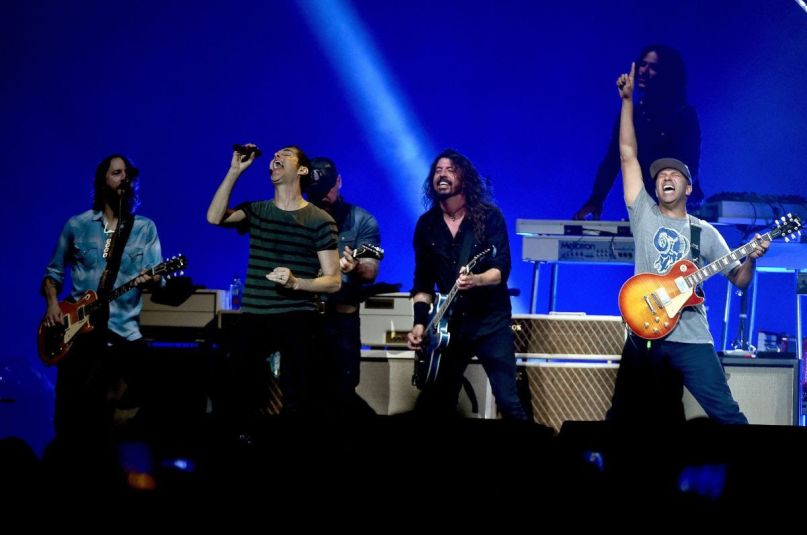 Over the course of the evening, the band was also joined on stage by several guests, including Queen’s Roger Taylor, who joined Foo Fighters for “Under Pressure”, as well as by Tom Morello and Zac Brown, who sat in for a cover of Black Sabbath’s “War Pigs”. Morello and Brown also stuck around for a performance of Jane’s Addiction’s “Mountain Song” featuring an appearance from Perry Farrell himself. Legendary saxophonist Dave Koz also joined the band on “La De Da”.

You can replay the set in full below. Run the Jewels opened the night with a seven-song set, which is also included within the live stream replay.