The song will appear on Judah & The Lion's upcoming album, Pep Talks 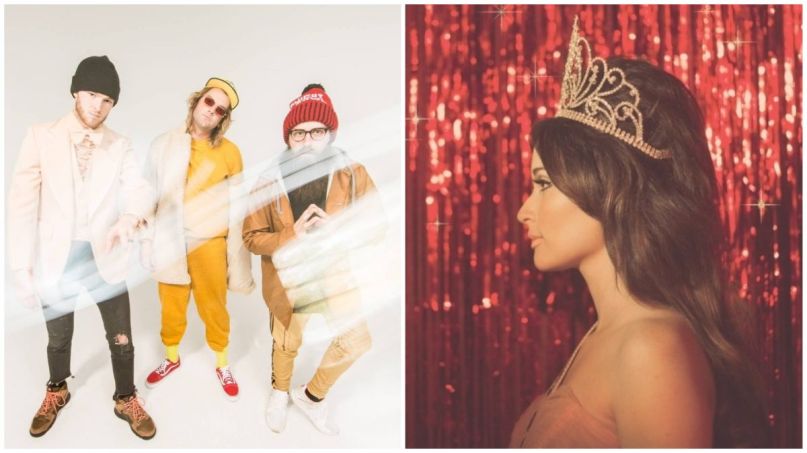 Judah and the Lion and Kacey Musgraves

Kacey Musgraves has teamed with Judah & The Lion for the latter’s latest single, “pictures”.

The 2019 Album of the Year Grammy winner is heavily featured throughout the sentimental track, singing a full verse on her own as well as adding angelic harmonies to Judah Akers’ lead vocals. “You were mine always and now you’re gone,” sings a regretful Musgraves. “Look what we’ve become/ Just another sad song of a love gone wrong/ I hate that I’m taking our pictures off the wall.”

Akers explained the inspiration for “pictures” in a statement:

“I had a really deep moment with my mom when she called me and broke down bawling about how hard it was to move from our family house. I kind of saw my mom as a human for the first time, and it made me really empathetic toward her. I wrote the song from her perspective and it came in a flood, in five minutes, right after the call. I needed to write it because I was heartsick.”

Stream the collaboration below via its lyric video.

Musgraves is just starting her intense “Oh, What a World Tour”, which she’ll be on through September. You can get tickets here.

“pictures” appears on Judah & The Lion’s forthcoming album, Pep Talks, due out on May 3rd via Cletus the Van/Caroline. Marking the band’s third full-length release, the record began to generate buzz with its lead single, “Over my Head”, which quickly broke into Alternative Radio’s Top 10 listing.

The band has also announced a new “intimate album listening and storytelling experience.” In promotion of Pep Talks, Judah & The Lion will perform in six cities across the Southeast this April, with Akers, Brian Macdonald, and Nate Zuercher on hand to preview the record and offer exclusive insight into its creation. See the group’s full tour itinerary below, and get tickets here.