As filming commences in Chicago, FOX is distancing itself from the actor 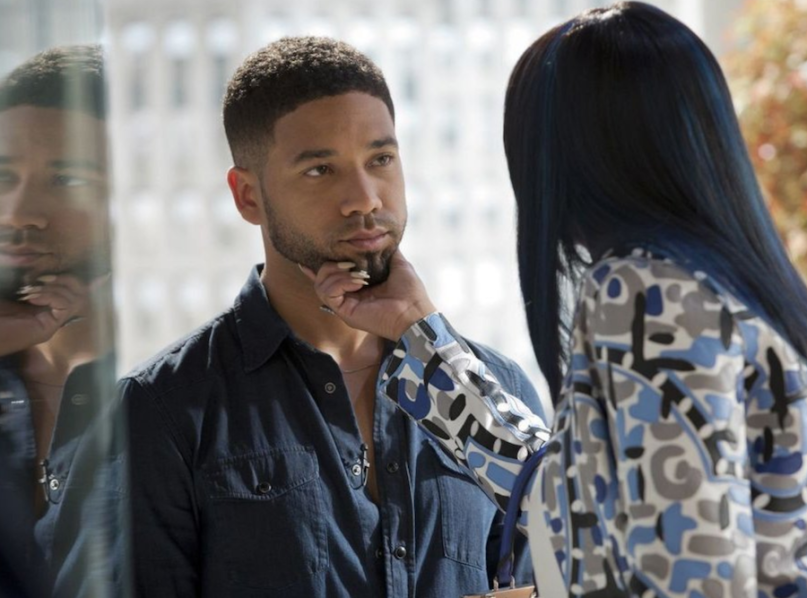 After turning himself over to police, Jussie Smollett was formerly charged with a class 4 felony for filing a false police report on Thursday. Chicago PD claim the actor staged a hate crime against himself in order to increase his profile so he could demand a higher salary from FOX for his starring role on Empire. If that’s true, the plan has backfired considerably, as not only is his career moving forward irreparably damaged, but he’s been cut from the final two episodes of the show.

In a statement, the executive producing team behind Empire said the “past few weeks have been incredibly emotional,” calling Smollett “an important member of our Empire family” and someone they “care about… deeply.” Though they stated they are waiting for the legal system to play out regarding the “very disturbing” allegations, they said they “are also aware of the effects of this process on the cast and crew members” of the show. As a result, they have cut Smollett’s role of Jamal from the last two episodes of the currently filming Season 5.

Smollett posted a $100,000 bond on Thursday and returned to the set of Empire in Chicago. The show has one week left of filming to complete its current season, but it appears Smollett will not be a part of the process.

Reports vary, but it is believed Smollett was making anywhere between $60,000 and $120,000 per episode of Empire. The show’s leads, Terrence Howard and Taraji P. Henson, earn something in the low six-figures, though they are considerably larger stars in their own rights.

Statement from the heads of “Empire”: pic.twitter.com/mLttI7szZi

FOX had previously issued statements supporting Smollett. The network called him a “consummate professional,” though they said they were “evaluating the situation” once his arrest became public.

The case against Smollett alleges he paid Olabinjo and Abimbola Osundairo $3,500 to stage an attack involving a rope and bleach while yelling, “f*ggot Empire n*gger” and “This is MAGA country!” Prosecutors say they have evidence including text messages, call records, surveillance footage, and bank records that point to Smollett having orchestrated the incident for personal gain.