"She has her own little fortune, she is an heiress... She's a rich girl" 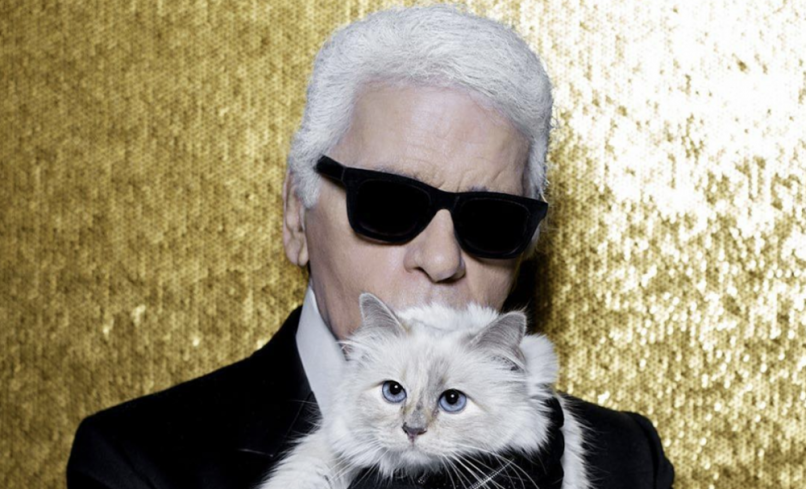 On Tuesday, German fashion icon Karl Lagerfeld died at the age of 85. Now, his cat, Choupette, stands to inherit a portion of his $300 million dollar fortune.

In an interview with Numéro last year, the former creative director of Chanel and Fendi announced that the beloved feline would serve as his heir. Rebuffing skepticism, Lagerfeld added, “Don’t worry, there is enough for everyone.”

Choupette, whose name is French for “sweetheart,” has historically lived a lavish lifestyle, with the fashion designer hiring maids to ensure her comfort. The inheritance will ensure the silky Burmese cat continues living her best life, which means daily meals of caviar and chicken pâté and travel on private jets.

However, Choupette is unlikely to need the financial assistance from the estate. The pet celebrity has amassed over 260,000 followers on Instagram and has earned a healthy $3 million through sponsorships and ad appearances. She has previously served as an ambassador to German automobile manufacturer Opel, launched her own lines with brands like makeup company Shu Uemura and luxury cat-product producer Cheshire & Wain, and been the subject of two books. Lagerfeld addressed his cat’s fortune — both cat-made and bequeathed — in the past, noting, “She has her own little fortune, she is an heiress. If something happens to me, the person who will take care of it will not be in misery… She’s a rich girl!”

The cross-species duo lived in France, which has strict laws disallowing money left to pets in wills. However, Lagerfeld likely addressed these legal issues prior to his death, telling Numéro, “Well it’s lucky I’m not French then.” The fashion designer hinted that the sum would be transferred leveraging his German citizenship, a country that allows animals to be estate beneficiaries.

Thank you everyone for your words of condolence. 😿 With a once cold but now simply broken heart, I am going into mourning. I pray that your kind words and well-wishes will help me to put my best paw forward in my future without Daddy @KarlLagerfeld & as my own woman.

Depending on the sum left to Choupette, she may usurp the title of the richest cat ever, a title which previously belonged to Blackie, a British cat who was left $9.15 million by his owners in 1988. Unfortunately, she will be unlikely to beat out a German Shepherd named Gunter IV as the richest animal ever; the dog inherited $375 million in 1991 from German countess Carlotta Liebenstein.