KISS kick off “End of the Road” farewell tour in Vancouver: Setlist + Video 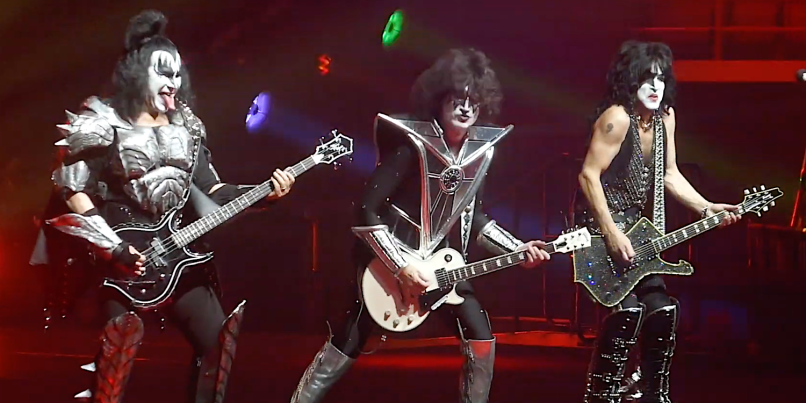 After announcing last year that they’d be embarking on one final tour, KISS kicked off their “End of the Road” farewell trek at the Rogers Arena in Vancouver, Canada, last night (January 31st), playing a career-spanning set.

In the days leading up to the tour launch, KISS got some free press and may have sold a few more tickets thanks to some back-and-forth headline-making accusations between singer-bassist Gene Simmons and former guitarist Ace Frehley.


KISS hit the stage with the 1-2-3 punch of the classics “Detroit Rock City”, “Shout It Out Loud”, and “Deuce”, and played favorites like “Lick It Up”, “Love Gun”, and “I Was Made for Lovin’ You” along the way. The encore included their hit ballad “Beth” and their set-closing signature hit “Rock and Roll All Nite”. All told, the band played a total of 20 songs.

According to a review by the Vancouver Sun, “Gene Simmons still barfs blood before ‘God of Thunder’ [and] Paul Stanley still has the same intro to ‘Cold Gin’ and prances around like a glam dandy.” The newspaper added that “the group is going out on a high note as this tour appears superior to the [2014] 40th Anniversary [tour].”

We’ll have our own full review and photo gallery of tonight’s KISS show in Portland, Oregon, but in the meantime, check out the complete setlist and fan-filmed video of KISS’ kickoff show in Vancouver below.

You can get tickets to KISS’s upcoming tour dates here. If you’re in the market for some classic KISS vinyl, head to Reverb LP.

Setlist:
Detroit Rock City
Shout It Out Loud
Deuce
Say Yeah
Heaven’s on Fire
War Machine
Lick It Up
100,000 Years (with drum solo)
God of Thunder
Cold Gin (with guitar solo)
Psycho Circus
I Love It Loud
Hide Your Heart
Let Me Go, Rock ‘N’ Roll
Love Gun
I Was Made for Lovin’ You
Black Diamond