Mandy Moore opens up about her marriage to Ryan Adams on Marc Maron: “I felt like I was drowning”

"I was imperceptible, I was so small in my own world" 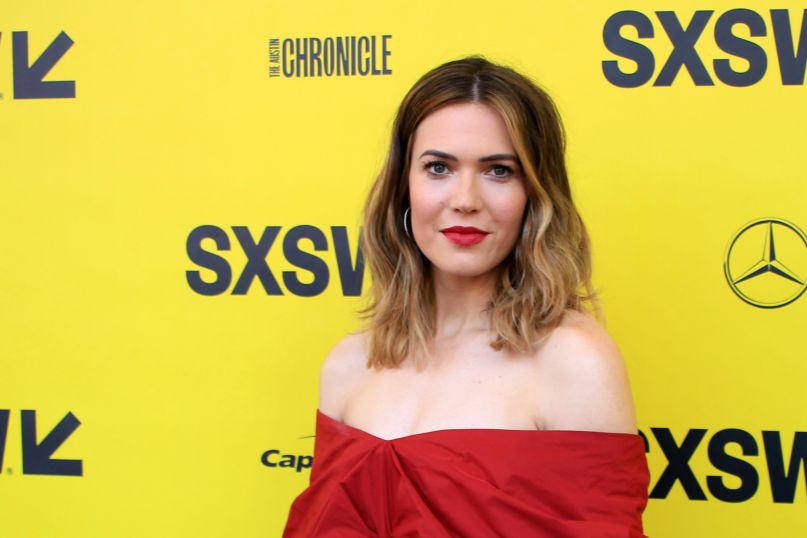 Mandy Moore at South by Southwest, photo by Heather Kaplan

Mandy Moore is a guest on the latest episode of WTF with Marc Maron. Although it was recorded prior to last Wednesday’s report by The New York Times, the singer and This Is Us actress opened up about her seven-year marriage to Ryan Adams.

Moore explained that the two met when she was 23, shortly after her mother had left her father. She admitted she was drawn to Adams’ “lens on the world,” contending that he “made me feel worthy, it made me feel like I had value if I could be there for somebody else and serve their needs.”

However, those needs eventually made her feel as if she was “drowning,” as she detailed, “I was living my life for him.” She likened herself to a mother, calling their bond “an entirely unhealthy dynamic,” to which she “had no sense of self.”

She said she took on “little jobs” fearing things might fall apart at home if she left for too long. “I couldn’t do my job,” she said, “because there was a constant stream of trying to pay attention to this person who needed me and wouldn’t let me do anything else.”

(Read: The Ryan Adams Allegations Offer Another Chance to Look in the Mirror)

Things broke off gradually, however, even after they filed for divorce in 2015. She admitted that the two remained in contact for months, cycling through the same “drama” and conversations, which she described as being “in loops.”

When Maron brought up that he had spoken to Adams in 2017, Moore said she “had to” listen, admitting, “I was curious what he was going to say.”

(Read Our 2013 Comedian of the Year Profile on Marc Maron)

This won’t be the last time we hear from Moore on the subject, though. She later discussed how she planned to record an album with her husband Taylor Goldsmith and Blake Mills, stressing a “very personal” effort. “They’re very personal,” she said. “I mean, I feel like I’ve lived a life in the last 10 years. I have got plenty to say.”

Last week, Moore was one of seven women who came forward in the aforementioned New York Times report, accusing him of “psychologically abusive” behavior. Since then, several women who have worked with Adams, including Liz Phair and Karen Elson, have come forward with similar sentiments.

In light of the allegations, the FBI’s Crimes Against Children Squad has opened an inquiry to determine whether Adams violated federal child exploitation laws. The musician has also lost several endorsement deals, and seen the release of his upcoming album, Big Colors, canceled.