Marissa Nadler serves up new songs “Poison” and “If We Make It Through the Summer”: Stream

Featuring The Velvet Underground's John Cale, whom Nadler calls "one of the most influential rock musicians" 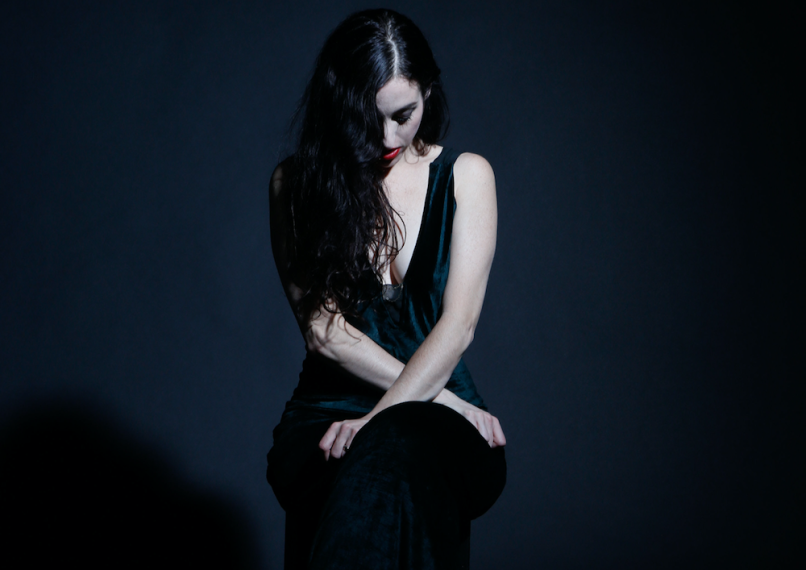 Last fall, Marissa Nadler gifted fans with the impressive album For My Crimes, which featured collaborations with Sharon Van Etten and Angel Olsen. Less than six months later, Nadler is back with a pair of new singles, one of which includes a special assist from John Cale, founding member of The Velvet Underground.

The first selection is called “Poison” and pairs Nadler’s vocal hauntings with those of Cale over very minimal instrumentation. The other track, “If We Make It Through the Summer”, is a solo Nadler treat, and one that is highlights her more upbeat, dream pop stylings.

Both songs were written during the same time as For My Crimes and are being released through KRO Records, a new label from producers/artists Justin Raisen, Lawrence Rothman, and Yves Rothman. In a statement, Nadler talked about KRO and what it was like working with Cale, whom she described as “one of the most influential rock musicians”:

“Sometimes it’s best not to know in advance; that’s what I continually remind myself about how this duet with legendary songwriter John Cale came together,” says Nadler. “Had I known that Justin and Lawrence would arrange for Cale to sing ‘Poison’ with me before I wrote or recorded it, I cannot be certain I wouldn’t have become frozen with hesitations and second-guessing. How do you even start to go about writing a duet with a member of the Velvet Underground? Surely I might have nervously changed the lyric that accidentally namechecks a title of a Velvet Underground song (‘Run Run Run’), at the very least. For me, Cale is one of the most influential rock musicians, remaining admirably hard to pin down. His appearance on this song was a complete surprise to me, but the instant I heard it I knew that this was the way the song was meant to be heard.

Lyrically, ‘Poison’ was written as a conversation between a couple—I hope it conjures a portrait of one of those intense moments of contemplation in a relationship that you never forget, forever frozen inside a snow globe. Musically, ‘Poison’ is stripped down to its most elemental form, and features a rare element for my work: completely dry vocals. I’m also proud of my guitar work here. When a recording is this sparse and bare, your playing cannot hide behind effects or layers of sounds—it had to be melodic and function as the spine of the song. ‘If We Make It Through The Summer’, on the other hand, is a slow-core thickly produced, maudlin rocker.”