"I think next year would be smarter ... we need to let people miss us" 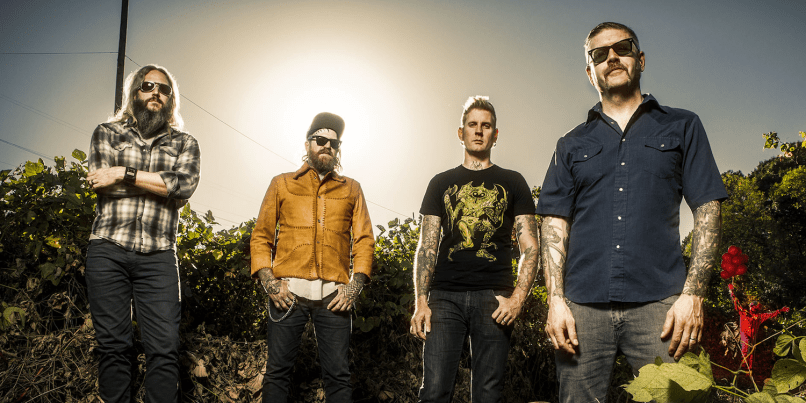 Mastodon stirred up some excitement when they told Kerrang! magazine that they were going to drop a “brutal” new song in advance of their UK and European tour. However, the the trek launched in mid-January and the song has yet to materialize.

Now, in a new interview with Rock Sverige, drummer Brann Dailor explained the status of the song. “We wanted to release it right ahead of this tour and we were trying really hard and we had one foot in the studio and one foot on the airplane coming to Europe and it just didn’t really come together as quickly as we wanted it to,” he said.


He added, “It’s finished, the song is fully finished and it’s mastered and ready to rock but we’ll just have to wait to release it. It would’ve made sense to release it ahead of this tour because we have Scott Kelly [of Neurosis] with us and he sings on some of it, so that would’ve been cool. We missed by a week or something and then we were stupid and went and blabbed about it like it was going to be a done deal… but it’s still a kickass song and it’s pretty heavy.”

As for a new album, Dailor said 2020 seems more realistic for the follow-up to 2017’s Emperor of Sand than this year, saying, “I think next year would be smarter, on our part. We need to let people miss us, maybe,” adding, “It’s far from done. We’re working on it.”

He further explained, “We say that we’re off for a year writing, but it’s not like that. When you’re gone for two years, it’s not like life stops, so there’s all sorts of stuff you’ve got to deal with and tend to and relationships that you want to keep, so you’ve got to hunker down, but having said that, there’s a ton of material.”

Regarding the new music, Dailor revealed, “Brent [Hinds has] got a ton of crazy stuff [that’s] just wild — I’ve never heard anything like it — and so does Bill [Kelliher], and so do I. We all just kind of have the same kind of deal.”

Mastodon’s current tour runs through a February 20th show in Israel. They’re also slated to play the Epicenter festival in North Carolina on May 12th and the Rock USA festival in OshKosh, Wisconsin, on July 18th. See their full itinerary here, and pick up Mastodon’s music at Reverb LP.