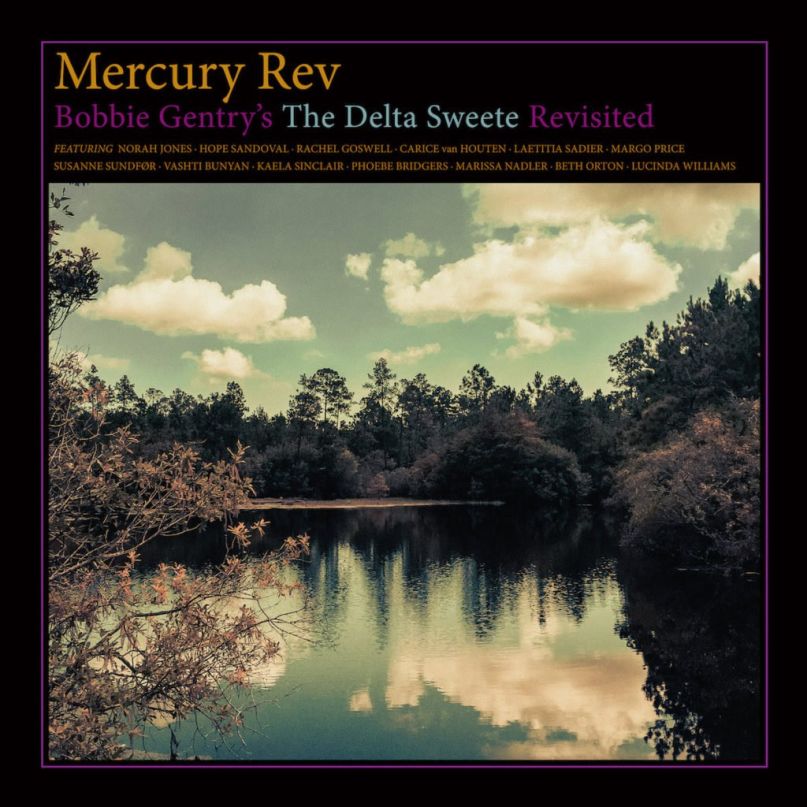 The Lowdown: Mercury Rev have played gently with other people’s material before, picking material from the likes of John Lennon, David Bowie, and Nico that best suited their blissed-out psychedelics. Working with a full album originally recorded by Bobbie Gentry is another matter entirely. While they wisely left the wispy voice of frontman Jonathan Donahue behind and instead called upon an array of female singers that span multiple generations and styles, the sound that Gentry cultivated — a tight, lustrous braid that wound together the various strains of Southern music — was mostly eschewed and replaced with the band’s usual plush dream pop.

The Good: Some songs survived the transition better than others. “Sermon,” a tent revival rave-up on The Delta Sweete, is slowed to a honeyed, string-soaked crawl that finds an angelic anchor courtesy of future country legend Margo Price. She seemed a natural choice, as her work of late — particularly her most recent album, All-American Made — feels like the next evolutionary step of Gentry’s genre-free sound. Others, like Stereolab’s Laetitia Sadier and Mazzy Star’s Hope Sandoval are bound to the same influences that helped launch Mercury Rev, so they settle into their particular songs a little more cozily. Sandoval, especially, is given space to let the bluesier edges of her voice rise to the surface on the Luther Dixon-penned classic “Big Boss Man”.


The Bad: Losing the swing and fervor of some of this material really does the singers few favors. Rachel Goswell of Slowdive sounds pleasant enough on this new version of “Reunion”, but Mercury Rev’s mirage-like music is no match for the rattling sass of the original. Same goes for the downright-filthy go-go sound of Delta Sweete opener “Okolona River Bottom Band”, which gets washed out into a minimalist splay of splashing cymbals and piano pulsing, leaving Norah Jones dangling for purchase. The most mystifying decision the Rev made was to toss out the Doug Kershaw tune “Louisiana Man” from the original tracklist and tack on a cover of Gentry’s massive hit “Ode to Billie Joe” at the end. That the microphone was handed over to Lucinda Williams for this rendition was an even poorer choice as her delivery sounds entirely ragged and wrecked.

The Verdict: Combined with the recent release of The Girl from Chickasaw County, a box set that compiled all of her recorded work, some fresh attention on Gentry’s short but blazing career with the help of Mercury Rev and their co-conspirators here is a welcome development. That notion alone helps ease the minor disappointments that this well-meaning tribute serves up and elevates the best work on Delta Sweete Revisited even higher.

Buy: You can pick up Bobbie Gentry’s The Delta Sweete Revisited along with Mercury Rev’s other releases at Reverb LP. Click here for more.