"The manager let us because it was her birthday" 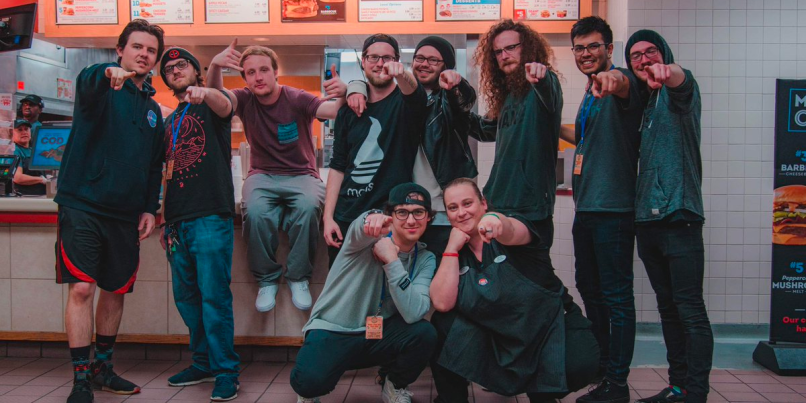 Capital Vices and Makena at Wendys, photo by @KodakChris_ (Twitter)

Life on the road in between gigs can get a little boring for bands, but not so for metalcore act Capital Vices and pop-punk outfit Makena. With a night off on their current joint tour, the two bands rocked a Wendy’s restaurant in Knoxville, Tennessee, on Tuesday night.

When the two bands stopped at the chain restaurant in the midst of their “Bring Your Dad Tour 2019”, they brought the pit to the pitstop.

“We stopped to use the restroom and just jokingly asked if we could play,” Capital Vices told Alternative Press. “And the manager let us because it was her birthday and she wanted us to do it as a birthday present.”

The bands played 10-minute sets each, and the restaurant remained open for all but the second half of Capital Vices’ performance.

Check out Twitter video capturing Capital Vices’ and Makena’ performances below, including a pic of them posing with the Wendy’s manager. The two bands resume their tour tonight (February 27th) at Springwater (an actual venue) in Nashville, Tennessee.

Wendy’s even got in on the Twitter action, telling Capital Vices, “Dewey Finn would be proud”, referring to Jack Black’s School of Rock character, and telling Alternative Press, “Starting our own School of Rock.”

Hold up! Are we really about to play a set at @Wendys?!

Not shitting you lmao @Wendys pic.twitter.com/l8s37MEPL8

Last night we played a historic set at @Wendys with the @vices_capital boys!

Dewey Finn would be proud

Starting our own school of rock ????

Wendy’s is suddenly turning into the Hot Topic of burger joints. Last month, the restaurant chain roasted a bunch of metalcore, emo, and pop-punk bands on Twitter, with such doozies as “We were trying to listen to some of your music but couldn’t find our Zune.” Now, they’re hosting DIY gigs!

That said, they still don’t have their own Black Sabbath-inspired heavy metal band.