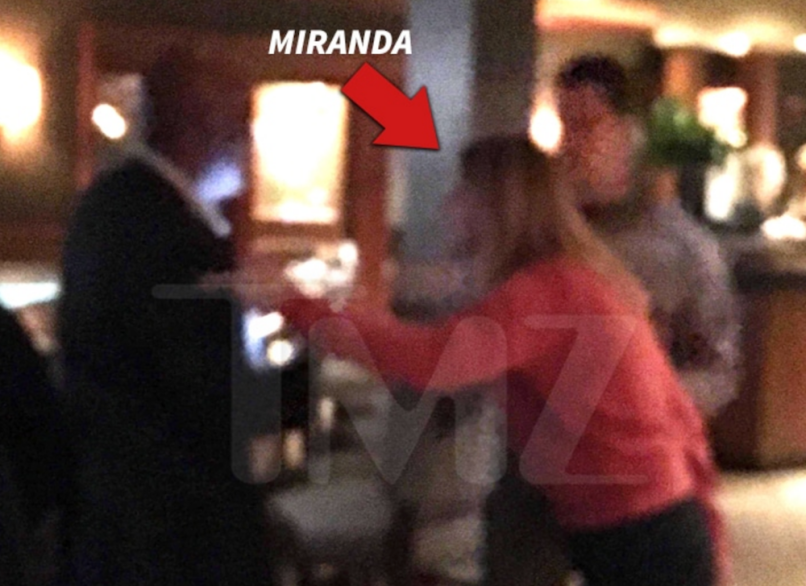 Some celebrities throw punches, others hurl expensive heels. For Miranda Lambert, her weapon of choice is… a fresh salad. The country music star was involved in a heated altercation this past Sunday that ended in Lambert dumping a salad on a woman’s lap.

As TMZ reports, the incident took place at Stoney River Steakhouse in Nashville. It all began with an exchange between Lambert’s friend and an older male customer about millennials.

Their tense convo apparently escalated to the point that Lambert and the older male got into a screaming match with one another. The musician — who was described as being “in a fit” and actually needing to be held back — retaliated by targeting the man’s wife, who was also dining at the restaurant. Lambert reportedly walked over to the couple’s table, picked up the wife’s salad, and proceeded to dump the dish on her lap in front of everyone.

That’s one way to get tableside service.

Police eventually responded, but when they arrived Lambert and her friend were long gone. An official police report hasn’t been filed.

TMZ obtained video footage of the salad-dumping aftermath, which can be seen below. There are also photos over on TMZ’s website.