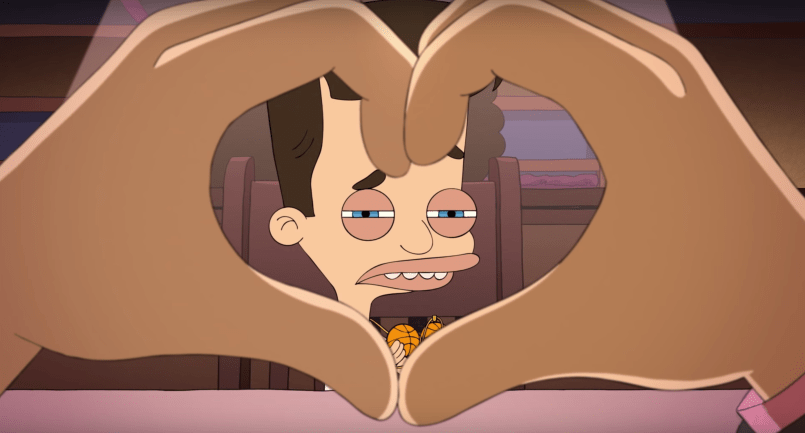 After debuting the second season of Big Mouth in October, Netflix was quick to renew the hit animated series for a third run just a month later. It’ll likely be some time before we get new episodes, but fans of the whip-and-grotesquely smart pubescent comedy will find some satiation with a newly announced Valentine’s Day special.

The streaming giant has shared a teaser trailer for the one-off episode, which drops on the service February 8th. With Bridgeton Middle School abuzz with the Valentime’s Day spirit of romance, the awkward and hormonal students are trying to make love — and orgasms — happen. Nick (Nick Kroll) has a When Harry Met Sally moment with Connie the Hormone Monstress (Maya Rudolph), while Andrew (our Comedian of the Year, John Mulaney) tries to turn up his game with a backwards flat cap. The focus of the story, however, seems to be something going on between Matthew (Andrew Rannells) and Jessi (Jessi Klein) surrounding the school V-Day dance.

Check out the preview below.