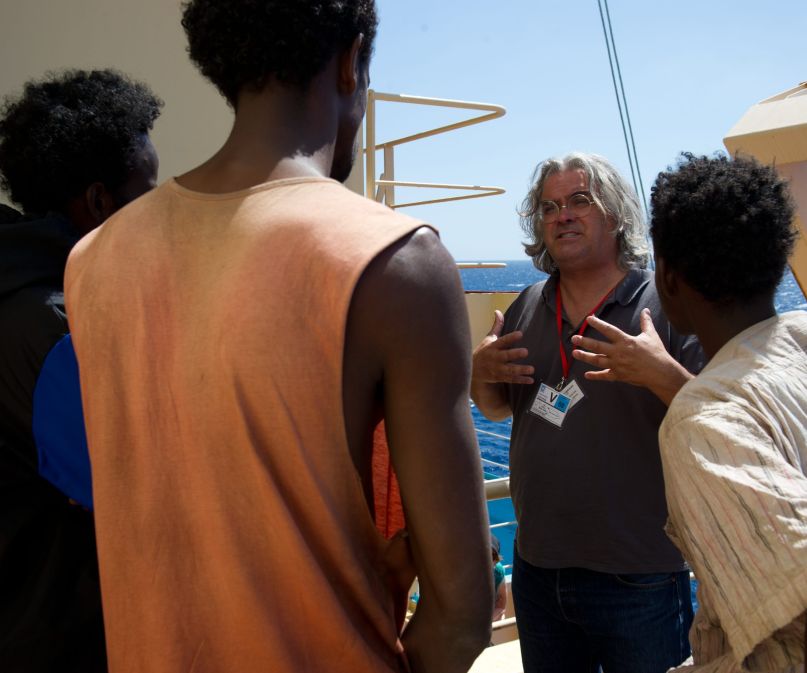 Six years ago, Captain Phillips turned the harrowing real-life story of a 2009 container ship’s abduction by Somali pirates into a vivid, breathlessly tense look at the ways in which economic struggle sends unlikely people at each other’s throats. Among its most lauded aspects were the direction by longtime Bourne helmer Paul Greengrass, and the Oscar-nominated lead performance by Tom Hanks as the titular embattled captain. Hanks did some of his best latter-day work under Greengrass, so it seems like a no-brainer that the two are looking to collaborate again.

Variety initially broke news of Greengrass and Hanks both entering into talks to respectively direct and star in News of the World, which alas, is not a conceptual adaptation of the Queen album of same name. No, this News of the World is based on Paulette Jiles’ best-selling Civil War novel. The story follows “Captain Jefferson Kyle Kidd, an earlier precursor to today’s newscasters, and the 10-year-old girl he is tasked with bringing to her relatives. Kidd makes his living traveling from town to town, reading the latest newspaper to the largely illiterate locals. The girl spent her childhood living with the Kiowa Indian tribe after she was kidnapped and her family was murdered. Kidd is widower with absent ties to his grown daughter, and he begins to feel a parental bond with the girl. Together, they battle the elements and a band of criminals who seek to kidnap the young girl.”

Given that the story appears to deal in similar cross-cultural concerns as Captain Phillips, it’s a logical fit for both, if their alleged talks end up leading to them signing with the project. In particular, it’ll be interesting to see Greengrass take on a period piece, given the aggressively hyper-modern style on which he’s made his name. While News of the World is still very early in production, Greengrass and Hanks would be enough to immediately put the project on everybody’s radar.

In the meantime, Hanks is next set to appear in the Mr. Rogers biopic A Beautiful Day in the Neighborhood and the fourth installment of Toy Story. Greengrass, meanwhile, recently helmed the film 22 July, based on the terror attack in Norway in 2011.