Queen to perform with Adam Lambert at the 2019 Oscars

Bohemian Rhapsody, the biopic on late Queen frontman Freddie Mercury, is up for five awards 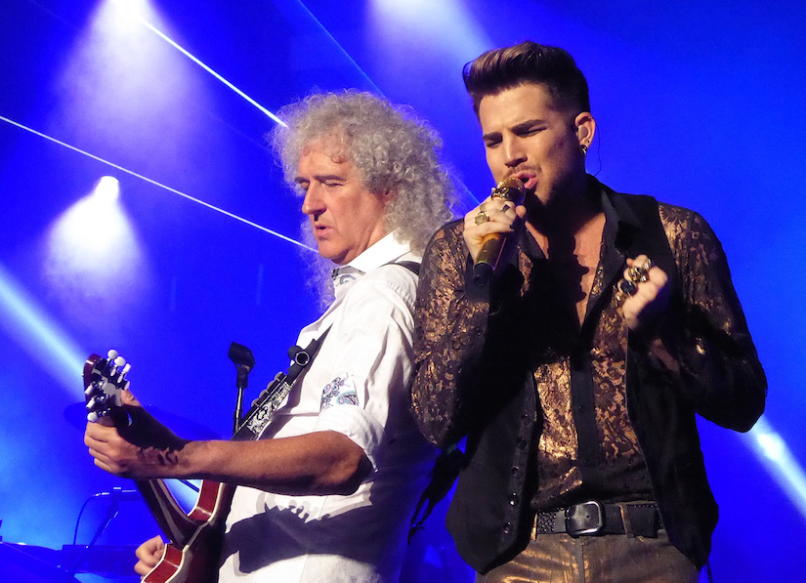 The Academy of Motion Picture Arts and Sciences announced today that Queen will perform at this Sunday’s Oscars ceremony. The band’s forthcoming appearance at the 91st Academy Awards is unsurprising, given the critical success of Bohemian Rhapsody. The biopic on the group’s late frontman, Freddie Mercury, is up for five awards, including Best Picture and Best Actor for Rami Malek.

For the Oscars appearance, guitarist Brian May and drummer Roger Taylor will play alongside Adam Lambert. The American Idol favorite has been touring with the iconic British rock act since 2011, with the trio regularly embarking on worldwide jaunts performing their classic hits.

Queen + Adam Lambert will join previously announced performances by Lady Gaga and Bradley Cooper (doing their A Star is Born duet “Shallow”), Jennifer Hudson (singing “I’ll Fight” from the documentary RBG), and David Rawlings and Gillian Welch (singing The Ballad of Buster Scruggs’ “When A Cowboy Trades His Spurs For Wings”. Bette Midler will also be on hand to perform “The Place Where Lost Things Go” from Mary Poppins Returns. The Academy has still yet to confirm if Kendrick Lamar and SZA will take the stage to deliver our favorite song of 2018, “All the Stars” from the Black Panther soundtrack.

In the lead-up to the ceremony, the Oscars have dealt with a number of controversies. They first drew criticism with the announcement of a new “popular” category (now postponed), and then a fumbled hosting choice resulted in the first host-less show in over 30 years. Most recently, over a hundred Hollywood filmmakers — including Martin Scorsese, Quentin Tarantino, Spike Lee — protested the decision to present four awards during commercial breaks in a scathing open letter. While the Academy initially defended the programming cut, they reversed the decision over the weekend.

Bohemian Rhapsody has similarly been surrounded in controversy following sexual abuse accusations against director Bryan Singer. Though some have stood behind Singer, including May, the scandal has polarized reception of the movie. Even Malek, the biopic’s breakout star, has voiced support for those speaking out against the director.

For more of Queen, snag some of their best vinyl over at ReverbLP.