Rami Malek treated by medics after falling off Oscar stage

For the Bohemian Rhapsody actor, a triumphant night nearly ended in disaster 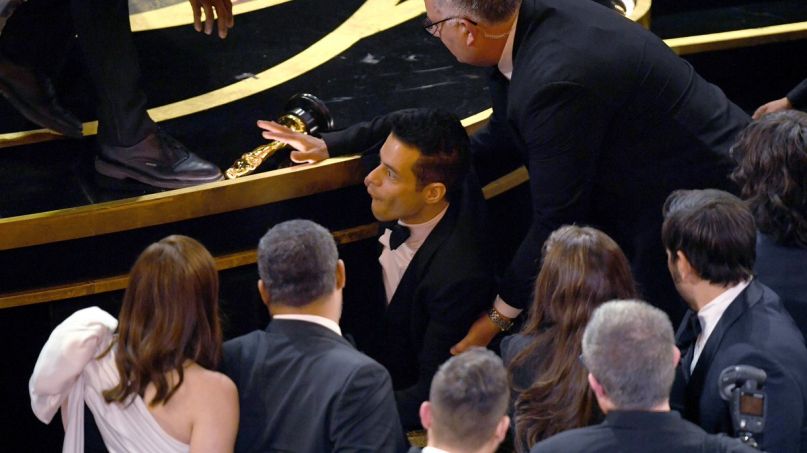 For Rami Malek, a triumphant evening at the Academy Awards nearly ended in disaster. As he exited the stage after winning Best Actor for his portrayal of Freddie Mercury in Bohemian Rhapsody, Malek took a wrong step and fell to the ground, according to People.

After being helped to his feet, Malek was taken to a private area backstage, where he was treated by medics.  Fortunately, according to Los Angeles Times, Malek was not seriously injured.

Eventually, Malek was able to participate in the backstage press junket, where he basked in his first-ever Oscar. “I never thought this would happen in my life. The one thing I can say about this is, as an actor, and there are so many of us that dream of one thing — it’s just getting a job. So the fact that I have this in my hand right now, is beyond an expectation that myself or perhaps my family could have ever had,” he told The Hollywood Reporter. “This has been a tough battle, I think you all know about that, and the fact that I’m back here, is proof that anything can be overcome.”

(Read: Why the Oscars Left So Many of Us Feeling Like Spike Lee)

Make sure to keep up with all of our 2019 Academy Awards coverage.