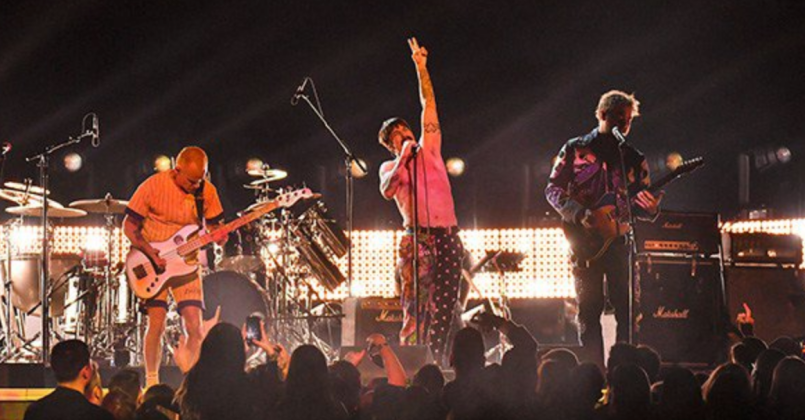 It’s been some time since the Grammys have been relevant or sensical, so the fact that they made the Red Hot Chili Peppers and Post Malone collaborate Sunday night isn’t exactly surprising despite it being flatly idiotic. For the 61st Grammy Awards, the two unlikely bedfellows took the stage to perform a few of their original songs.

Post Malone opened the performance by doing a solemn rendition of Beerbongs & Bentleys track “Stay” on the acoustic guitar. He then transitioned into an abridged version of smash hit “rockstar”, noticeably without the song’s collaborator 21 Savage, who was unable to attend the ceremonies following his ICE arrest. The Peppers then joined Post Malone, and together they rocked “Dark Necessities”, a single from RHCP’s last album, The Getaway. Malone actually impressed with his ability to keep up with the rockers, even if the transition from his music to theirs was nonexistent.

Replay the performance below (if you dare).

As for RHCP, their last album, The Getaway, dropped in 2016, but they’ve been working on a follow-up since last September.

For more performances from the 2019 Grammys, check out our ongoing coverage.