R.E.M. get Trump’s “Everybody Hurts” video pulled from Twitter 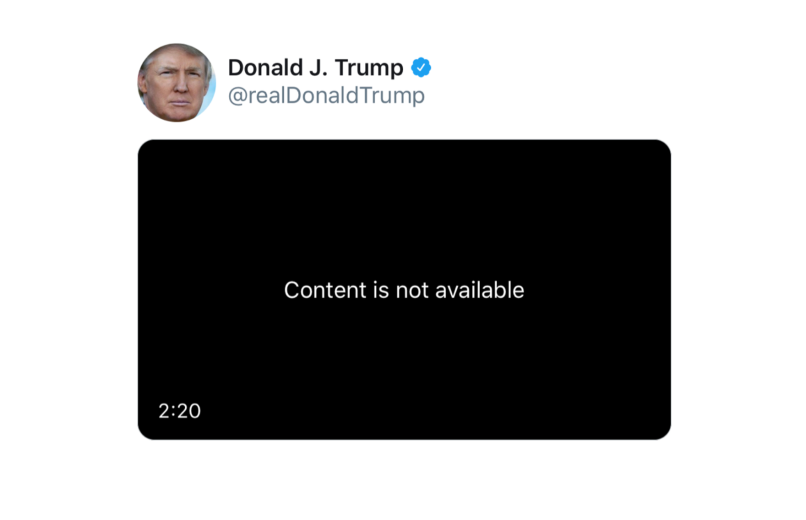 Yesterday, shortly after declaring a national emergency over a non-existent crisis on the southern border and shortly before he jetted off to Mar-A-Lago for a weekend’s worth of golfing, Trump tweeted a video trolling his political opponents.

The video featured excerpts from Trump’s recent State of the Union speech interspersed with clips of Democratic politicians including Nancy Pelosi, Alexandria Ocasio-Cortez, and Bernie Sanders looking despondent. It was all soundtracked by R.E.M.’s “Everybody Hurts”.

The members of R.E.M. responded in kind. “World Leader PRETEND!!! Congress, Media–ghost this faker!!! Love, R.E.M.” tweeted the band’s official account. Added bassist Mike Mills, “So the meme’s fair use. I LOVE the 1st Amendment! Meme away, folks. But that takes nothing away from what a fraudulent con man @realDonaldTrump is. #WorldLeaderPretend.”

So the meme’s fair use. I LOVE the 1st Amendment! Meme away, folks. But that takes nothing away from what a fraudulent con man @realDonaldTrump is. #WorldLeaderPretend

Ultimately, R.E.M. got the last laugh, as they were successful in taking down Trump’s video. Through their publisher, the band filed a copyright infringement notice, according to CNBC, and Twitter adhered to their request.

“Winning?” tweeted Mills in response to a screen capture of the video’s removal.

This is not the first time Trump has used R.E.M.’s music without their permission. Shortly after Trump announced his candidacy in 2015, the band issued a legal warning to stop using their song “It’s the End of the World As We Know It (And I Feel Fine)”.

“Go fuck yourselves, the lot of you — you sad, attention-grabbing, power-hungry little men. Do not use our music or my voice for your moronic charade of a campaign,” tweeted the band’s frontman, Michael Stipe, at the time.