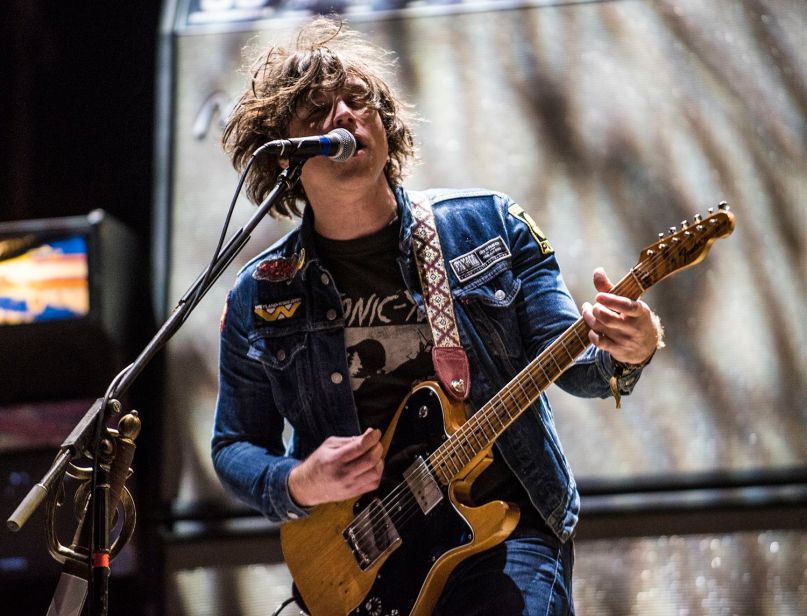 Music, Movies & Moods is a regular free-form column in which Editorial Director Matt Melis explores the cracks between where art and daily life meet. This time, in light of recent allegations against Ryan Adams, he urges those with influence to look in the mirror and do better.

Full disclosure: Ryan Adams has been one of my favorite songwriters for two decades now. He’s written some of the best sad songs of the 21st century. Prisoner, his most recent entry in music’s canon of heartbreak, ranked as Consequence of Sound’s third best album of 2017, largely due to my praise. In my review, I lauded the record for its “brutal honesty” and suggested that it would offer “a shoulder” to many a broken heart in the future. That prediction ended up hitting painfully close to home. One of my best friends got through his divorce in part due to that album. And, only this Tuesday, an indie record label published a playlist of mine, compiling 25 songs that helped me mend after my own 15-year relationship ended in early January. Ryan Adams was on it.

Suffice it to say, I’m a fan of Ryan Adams, and that hasn’t always been easy. Most remember the time a young Adams embarrassingly lambasted critic Jim DeRogatis via answering machine over a negative concert review. During a period of reported heavy drug use, I witnessed Adams lose his temper in Pittsburgh over sound issues at a venue and subsequently turn on the crowd, “fire” The Cardinals (his band at the time), and threaten to KO a member of his road crew. A fan on a Ryan Adams message board rationalized away the concert as an example of Adams’ spontaneity as a live performer. It looked a lot more like hitting rock bottom from my vantage point in the front row.

Many of Ryan Adams’ darker moments over the years have been attributed to the pains of addiction or the trials of mental illness. These are social issues that need to be talked about more and cared for without stigma. This column isn’t intended to invalidate his struggles, and I wish him the best in any genuine efforts to, in his words, “be the best man [he] can be.” That said, there could be nothing felt but disappointment and disgust while reading yesterday’s troubling story in The New York Times, in which several women accuse Adams of having offered career help contingent on pursuing romantic relationships with them — all of which turned abusive and manipulative by their conclusion. The allegations against Adams run the gamut from digital harassment and exposing himself to a minor to inflicting intense emotional abuse and taking steps to damage careers once romantic relationships cooled.

Adams has since denounced the article through both legal representation and Twitter. He has denied knowingly exposing himself to a minor and suggested that other accusations are “misrepresented; some are exaggerated; some are outright false.” It’s the type of they-said/he-said moment that we’ve grown sadly accustomed to during the #MeToo era, and, as more information surfaces, I’ll leave it to individual fans to come to their own determinations and the court of public opinion (or possibly the authorities) to mete out the punishment deemed fit. However, it’s important to remember that while Adams may once again be in a very perilous place emotionally, mentally, and in terms of sobriety, the behaviors detailed by the women in this article are textbook cases of manipulation and abuse of power and influence in the workplace. That cannot and should not be dismissed or ignored. Great songwriter or not, personal demons or not, this behavior cannot stand.

One of the factors that made this article even more difficult to read was that another one of my favorite songwriters, Phoebe Bridgers, spoke out against Adams in it. Bridgers, who has since found huge success as a solo artist, one-third of supergroup boygenius, and a duo with Conor Oberst, got one of her early breaks when she put out a three-song single on Adams’ Pax-Am record label. We now have learned that, according to The Times, Bridgers endured “obsessive and emotionally abusive attention” and, once her relationship with Adams ended, found him more or less holding her recordings hostage and rescinding an invitation to open for him on tour. While Bridgers has since become one of the brightest stars on the indie-folk scene, let’s not pretend that Adams wasn’t in position to strike a serious blow to her both as a musician and person.

Bridgers was named Consequence of Sound’s Artist of the Month in September 2017. We’ve spent more e-ink than most covering her developing career, interviewing her, reviewing her records, and celebrating her songwriting and performances on year-end lists multiple times. That’s not to say that Bridgers owes our publication a special debt or that she wouldn’t have risen as high without our support; true talent has a way of growing towards the spotlight, and we’ve been thrilled to share her music with our readership. The point is that, like Adams, a star singer-songwriter, veteran artists, publicists, producers, agents, A&R persons, label execs, radio programmers, venue owners, festival bookers, merchandisers, and editorial boards, like ours, all act as gatekeepers throughout the music industry, and the power that comes with those positions should not be taken lightly or, in the case of these allegations against Adams, utterly abused and exploited. If nothing else, this Times story should be viewed as a checkpoint for those of us in positions of power to make sure we’re always living up to our responsibilities — holding ourselves and others accountable.

The saddest part of reading this article for me was learning that multiple women chose to set aside their careers and passions as musicians after their experiences with Adams. That’s how scarring this abuse turned out to be, and it’s devastating to read about. As an editor for 12 years now, I’ve given several dozen young arts writers – some of whom you’re likely a fan of today — an opportunity to get started in this field. It’s been a personal joy of mine to be one of those people along their professional journeys who cleared a path for them rather than blocked one. I couldn’t bear to think that my selfishness or any ulterior motives caused someone emotional trauma or forced them to stop pursuing a dream or passion. Nobody should have the power to take away someone else’s desire to do what they love to do. It’s heartbreaking to think about.

Yes, the mistreated, like those in this story, need to continue to bravely speak out and call out abuse where it exists in our industry – and in society in general. That’s easier said than done, of course, as evidenced by the fact that some of the brave women in the Times story didn’t feel comfortable putting their names out there. But, let’s also remember that all the burden should never fall on the shoulders of those who never asked to be mistreated in the first place. The allegations against Ryan Adams should be a call (though long past due) for the gatekeepers, mentors, and those who wield influence at any level of the music industry to take an honest look in the mirror and be increasingly vigilant of others in similar positions. It’s a privilege to be in the position to encourage and help artists create music and pursue their dreams. However, if our behaviors are adding pain and suffering to our industry rather than sincerely promoting new voices, fostering talent, and helping artists to celebrate and wrestle with the human experience through their art, then we are failing … and shamefully so.