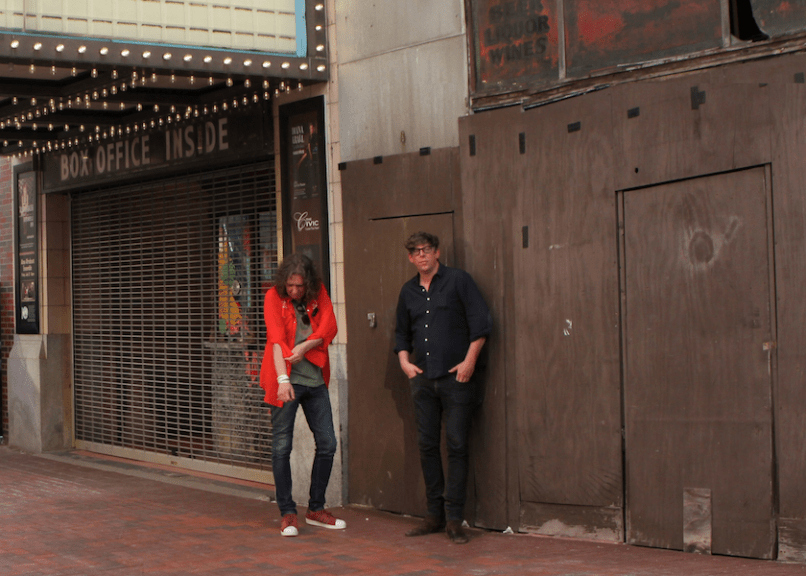 With The Black Keys on hiatus over the last few years, Dan Auerbach has kept himself plenty busy either with solo projects or as leader of The Arcs, as well as managing his Easy Eye Sound label. Drummer Patrick Carney, meanwhile, has handled production for a few records — including his now fiancé Michelle Branch’s Hopeless Romantic — but not much else (ya know, besides have a kid). Today, Carney finally returns with new music along with a new band, announcing the formation of Sad Planets with John Petkovic (Cobra Verde, Death of Samantha).

The duo are set to release their debut album, dubbed Akron, Ohio, on April 19th via Tee Pee Records. J Mascis, the Dinosaur Jr. frontman who also plays with Petkovic in Sweet Apple, makes a guest appearance on the 10-track effort. Petkovic takes lead vocals and plays guitar, while Carney adds instruments like Enoesque synthesizers to his usual drumming.

Both Petkovic and Carney are Akron natives, though the former now resides in Cleveland and the latter departed for Nashville. When the two returned to the city to record their album, Petkovic said he “saw it as a chance to work with a longtime friend, but also an opportunity to reconnect with Akron in a very different way.” The results are 10 songs of “psychedelic trash” the reflect the decline of the once great industrial city.

As a first listen, Sad Planets have shared their debut single, “Not of This World”. Echoing guitars tumble through the void as the song rolls from anxious freak-outs to spacey contemplation and back again, a heady journey that clearly defines the duo’s sound. Take a listen below.

Pre-orders for Akron, Ohio are available now. Find the tracklist and album art below.