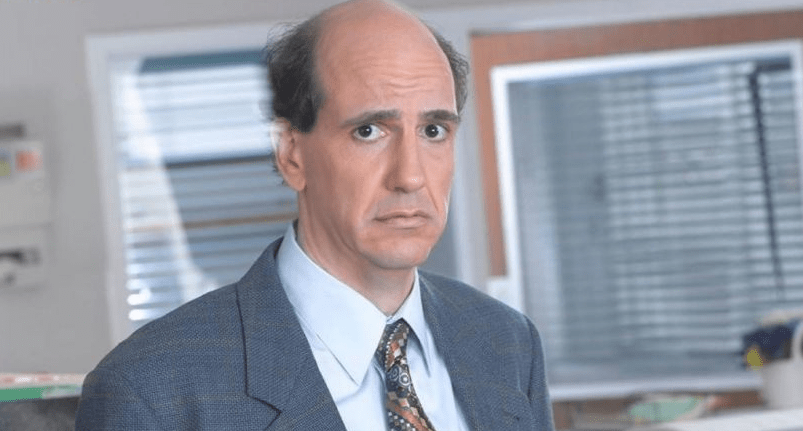 Update: Sam Lloyd died on May 1st, 2020 following a brief battle with cancer.

Sam Lloyd, who played Ted Buckland on Scrubs, has been diagnosed with inoperable cancer.

After experiencing headaches last month, Lloyd, 55, underwent a CT scan, which revealed the presence of a tumor on his brain. Unfortunately, further tests showed the cancer had spread to his lungs, liver, spine, and jaw.

Several of Lloyd’s former Scrubs cast members have banded together to raise money for Lloyd and his family. A GoFundMe campaign has collected nearly $100,000 in donations since it was created earlier this week.

Lloyd’s other television credits include guest starring roles on The West Wing, Desperate Housewives, Spin City, and 3rd Rock From the Sun. He also appeared in films such as Flubber, Galaxy Quest, and The Brothers Solomon.

This is Sam. He was Ted on SCRUBS. He’s a pal. Just had his first baby. Get involved if you can. I am. https://t.co/PwZQCuSC7G

Tragic news from our beloved Sam (aka, Ted the Lawyer). I will of course be getting involved. Please send him your love. https://t.co/ivcKvmbi3K

This is Ted from Scrubs. So kind, so funny, a new dad. Please get involved if you can ❤️https://t.co/sdBzNhVS88

My pal Sam is fighting cancer. He played Ted on SCRUBS. He’s an incredible person and a new dad. Please donate if you can. ❤️https://t.co/9t49RKLaPn